England were crushed by New Zealand in the first Test, losing by an innings and 65-runs at the Bay Oval.

England initially posted an below-par 343-runs on a good pitch, but when New Zealand’s responded with 615-9 declared the visitors could not match it with their second innings.

A new approach the Test cricket under Chris Silverwood failed to have an instant impact, with Joe Denly was the only batsmen to last longer than 85 balls and the bowlers looked lacking in creativity without swing on their side.

After winning the toss, England chose to bat first and started promisingly, with debutant Dom Sibley looking comfortable before falling for 22, while fellow opener Rory Burns managed a half-century.

Captain Joe Root scored only 2 runs, and despite Joe Denly and Ben Stokes putting 74 and 91 on the board respectively, England were restricted by a disciplined New Zealand attack to only 353 runs on a flat pitch.

By contrast, New Zealand made full use of the conditions. They made a slow start before Williamson (51) and Nicholls (41) steadied the ship. The England bowlers looked short of ideas, with this summer’s hero Jofra Archer having little impact and Sam Curran also running dry after he thwarted the New Zealand captain.

The score on the board just kept ticking and after Watling made a stunning double-century, backed up by Santner’s 126, the home side put the game out England’s reach before declaring on 615-9.

With a mountain to climb, England needed to be at their best but were far from it and Wagner claimed 5-44 as England’s wickets tumbled at regular intervals.

England’s sloppy wickets were symptomatic of their performance, with Root again falling cheaply, while Pope chased a wide one and Buttler was castled after leaving a straight delivery from Wagner.

Late resistance from Curran (29) and Archer (30) hardly made a dent as the visitors stumbled their way to 197, which wasn’t even enough to force New Zealand to bat again.

At 1-0 down in the series, England will look to salvage something on Thursday in Hamilton the second Test.

“We did a lot of good stuff, we just need to do it for longer. It’s different to the style of cricket we’ve had to play in our home conditions.

“The most important thing for the young players is not to look too deeply into this or get too down about it.

“Draw a line underneath it, be aware of where we can make improvements but also recognise the good things we have done.

“We have made quite a big shift and mental approach to how we play our cricket and we have to give that time to work and be patient.” 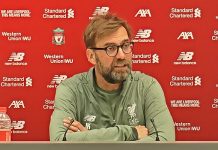 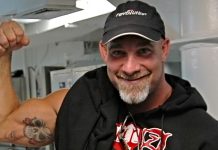