Liverpool John Moores’ darts team came out victorious against a strong Lancaster outfit, walking away with a 2-1 victory.

Despite there being several concerns about whether the match would go ahead, due to the current COVID-19 pandemic, the show went on. The LJMU boys travelled to Lancaster for their final game of the season.

Firstly, LJMU faced the Lancaster C-team. This just showed the strength in depth the Lancaster darts team had, as they could field three teams, compared to LJMU’s one.

It was not an ideal start for the visitors, as captain, Dan Thompson, and doubles partner, Ben Gelling, suffered defeat in the first game. This pair are on paper some of LJMU’s strongest players, which goes to show it was going to be a difficult day for the Merseysiders to get any kind of positive result.

After all the doubles and trebles matches had been played, Lancaster C’s were 4-1 up. LJMU were in big trouble.

Now over to the singles, where the visitors put on a classy display and secured victory. Of the six singles matches, LJMU won five, meaning they walked away with a 6-5 victory over Lancaster C-team.

David Brown hit the winning double. This was after Thompson, Gelling, Sam Doyle and Joe Gough each won their singles matches.

A brilliant fightback from the LJMU team, giving them all the confidence in the world that they could get the job done on their travels.

President of the LJMU Darts Society, ’Goughy’, believes his side were lucky to get the win. However, he believes his men will get better as the day progresses.

“I think we underestimated them to be honest. We did eventually get the win, but it was looking unlikely after the doubles and trebles. If we play like that against their other two teams, we’ll be annihilated. We obviously, don’t want that to happen.

“I believe in the boys though. We have some very capable darts players in this team, and I don’t see any reason why we can’t beat them, if we play the darts we know we can.”

Next up was Lancaster A-team.

This turned out to be the only defeat of the day for Liverpool, as the hosts romped to an 8-3 thrashing of the visitors.

All of Liverpool’s supposed best players were beaten. The Isle of Man sensation, Gelling, Captain Thompson and Doyle were all defeated rather convincingly. A poor display from the visitors.

Captain Thompson, was not impressed by his side’s efforts in the second game.

“We didn’t get going at all there. I know most of us can play far better than we did, but we failed to deliver.

“We all have to dust ourselves down, regroup and go again in our last game against the B-team.”

It was all down to the last game. 1-1 on the day. Everything was riding on this final game between LJMU and Lancaster B-team.

It was the visitors who walked away with the win, as they put on a clinical performance.

It looked like the Liverpool contingent saved their best performance until last, defeating a lacklustre Lancaster B-team 9-2.

LJMU came flying out of the blocks, quickly rallying into a 5-0 lead after the treble and double matches. Liverpool only required one more win to walk away with a spectacular win on their travels.

They did just that as David Brown, perhaps the visitor’s best player on the day, secured victory after pinning double 6 to win the match.

The final five matches were played, as leg difference in the league is usually a big factor, and Liverpool won three of them.

Captain Thompson was chuffed with his side’s efforts, and is glad to finish the season on a win.

“I’m buzzing to get the win. We played really well there. We’ll celebrate now, have a few beers and enjoy this win for a few hours yet.”

In the end, it was a very successful day for the travelling side, who went back to Merseyside with a 2-1 victory to their name.

A fantastic way to end the season, in what was a great away day for the men from Liverpool. 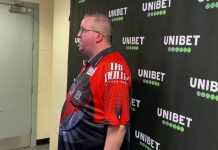 Liverpool Softball – the challenge COVID has thrown at the sport

Liverpool Superbikes team PR Racing improve on all fronts in 2020