The wait is nearly over. Tomorrow marks the start of the 2020 season with the COVID-19 postponement making it an even more anticipated spectacle.

The virus has had a huge impact on everyone’s lives, especially people’s jobs. How has this had an effect on professional athletes and their preparations for the season? Dan Jones and Sullivan Mounsey helped to give us an insight on the positives and negatives that came with the unexpected break.

We all know the saying, if you fail to prepare you prepare to fail. This is particularly relevant in professional sports where the fine margins make all the difference.

The energy and adrenaline you feel when racing on the track is almost impossible to match. This presented its own problem for Mounsey’s teammate, Jones. When asked what the hardest part of the postponement was, he admitted: “Not being able to ride at all. With racetracks across the UK closed, it was impossible to get that thrill. It’s something that us bike racers miss the moment we don’t have it.”

However, Jones did not find it hard to stay motivated for the inevitable return to the track. The British Supersport and GP2 Cup rider said: “After such a positive test in Spain last time out, it was driving me towards returning. Although it was uncertain, I just kept on working and focusing.”

The impact COVID-19 has had on the fans and especially the participants has been huge. Although, the PR Racing teams hopes for the season has not weltered.

Mounsey hopes to continue making progress and gaining experience on the track. When speaking of his targets for the season, he stated: “To get in the top 10 and get better with each ride I also want to communicate well with and give feedback that helps me and the team.”

Despite the current circumstances, Jones has claimed to have a very important season in the making. The Welshman said: “The targets from myself and the team are clear, it’s a learning year for me. My first year on a 600 is all about improving. As long as we see improvement from both sides throughout the season then we are on track. 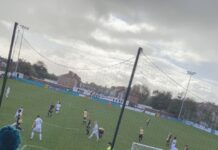