The long wait to the start of the season was worth it in an action-packed weekend, at a very warm Donington Park.

It was a solid start from PR Racing as a whole. However, BSB rider Joe Francis did not have an ideal opening weekend. He started very positively on the Friday posting a 1:06.6 effortlessly blowing off the cobwebs after the season’s postponement. He then bettered that time by 0.01 of a second in the Saturday’s qualifying session.

Francis had a positive start to the first of the season’s races sitting in P8, but crashed out early on in race one after losing the front-end, which found the number #40 rider hitting the tarmac and sliding out of the race. He then struggled to regain his momentum on the Sunday, finishing just outside of the points in P16 in both races. However, in race three a rider disqualification found Francis bumped up to P15.

Francis had an optimistic outlook on the weekends action. He said: “We can definitely ride up there, it’s just about putting it together now for the races.”

There were more positives to take from the support classes as Dan Jones excelled on his first-round racing on a GP2 bike. Jones seemed to struggle through the free practices, qualifier and warm-ups but when it was time to deliver, the Welshman delivered. His two best performances of the weekend came in race one, finishing in P5 and race two finishing in P6 with a best lap time of 1:09.8 for the weekend and a new personal best.

At the start of the weekend Jones was asked whether he enjoyed a break from riding, he exclaimed: “No I haven’t, after such a positive test in Spain, it was driving me towards a return. I just kept working and focusing to the time I could be back on a bike.”

This mentality was brought with him on round one and hopefully, the rest of the season.

Also, in the support classes was Sullivan Mounsey. His first weekend on the track at Donington was certainly a successful one. Unsurprisingly, in all of the Friday’s free practice sessions the thirteen-year-old was gauging a feel for the track, but just like his team mate, Mounsey saved his best performances for when it mattered.

Saturday saw Mounsey finishing in an impressive P10 in the warm-up and P14 in race one. He continued this momentum on the Sunday with a P11 finish and a new personal best, posting a lap time of 1:18.

He said: “I feel amazing; it was a personal best on the first weekend of the championship. That’s all I can ask for.”

It was a great first weekend back in action for the Lloyd and Jones Bowker Motorrad BMW team and it is this momentum that the team can build on going into round two, and the rest of the season. 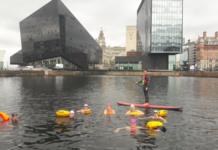 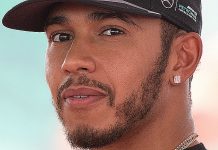