Rovers welcome Leyton Orient tomorrow night (7.45 kick-off) as both hope to propel their positions in the league table.

The home side will be looking to regain confidence after narrow defeat away to now second place Newport County, whilst Orient visit Prenton Park in similar spirits following a 3-2 loss to Grimsby with now just one point separating the two teams ahead of tomorrow night.

Incidentally, they last met each other in a 1-1 draw in the 2017/18 National League season, which saw Tranmere gain promotion to League Two.

Liam Ridehalgh is the only recognisable player from that squad to survive, alongside Craig Clay and James Brophy from the opposing team.

The O’s shared similar fate with a rise to League Two a year later, but will not want to reverse their fortune by heading into the relegation places after this week’s games as they currently sit in 18th place.

An empty Prenton Park will await the two teams as the ground is one of thousands across the globe facing the impact of Covid-19. With fans having to settle for watching the game on iFollow for all pre-match and live coverage. The £10 match pass is an alternative source of revenue for Tranmere rather than a full capacity stadium.

This week, Vice Chairman Nicola Palios outlined the benefits of iFollow and the importance is places financially.

She said: “Whilst fans aren’t permitted, iFollow is the place to follow the team and is an absolute lifeline for many clubs with other forms of revenue being stopped.

“The support that the SWA have shown us throughout this period has been absolutely phenomenal.

Of the money that you pay to watch on iFollow, the Club receive 70% for home league games. For away games, the Club keep anything above 500 away sales. Tuning in to iFollow will make a massive difference to us financially.”

Watch the game unfold via the match pass to see who will have the edge as both teams cross paths once more. 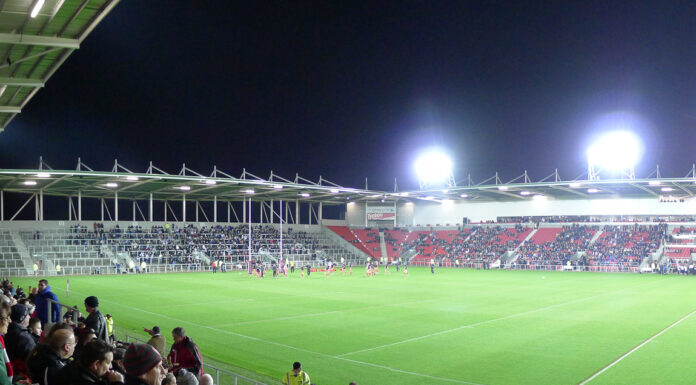 Vaughan calls on Tranmere teammates to use COVID relegation as motivation