Conor Dwyer, a double Olympic champion as part of the American 4x200m relay team, has been forced to retire following a doping ban.

He tested positive for an anabolic substance in three out of competition urine samples last year. The substance is said to be testosterone pellets.

Dwyer claims that he was following a medical treatment prescribed by his doctor. He stated that he did not know they contained any banned substances.

After USADA’s verdict, the American said “My doctor assured me that the United States Olympic Committee had approved the treatment,” said Dwyer.

“Regardless of the result of the arbitration ruling, I have decided to retire from swimming to pursue other professional interests.”

He is the second American Olympic champion to be banned in as many years. In 2018 Ryan Lochte (also involved in American 4x200m relay), was suspended for 14 months. He claimed to be taking ‘vitamins’ but USADA ruled he had a prohibited intravenous infusion. 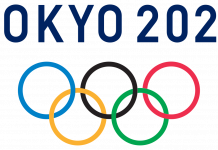