After another win for Paul yesterday, the pressure is on myself as its back over to me for today’s picks.

With just the three cards today consisting of just one jumps meeting and two flat, selections are extremely limited. There was one Irish meeting scheduled at Fairyhouse, however that was cancelled due to the weather causing issues with the track.

The sole jumps meeting takes place at Exeter with the first race starting at 13:10. There are some fantastic races taking place including the Grade 2 Haldon Gold Cup. The racing on offer to punters is extremely competitive so every bet is almost certainly worth a double check.

The two flat meetings are at Kempton, and Southwell. Southwell starts off the afternoons flat racing at 13:00 and Kempton concludes the days racing this evening, heading off at 16:40.

Here are my tips for the day…

After placing in all but one race, Guardia Top will be looking for a quickfire hattrick of victories today. Winning fairly comfortably on handicap debut at Chepstow, Sean Bowen will be looking to repeat that run, however the horse is under a penalty for today’s race but should do enough to overcome that.

After running away with the victory on point debut in March at Borris House, Philip Hobbs paid £160,000 for this horse. Having won this race in two out of the last three years, Sporting John is expected to go well, especially after an impressive debut. Barry Geraghty will be looking at this race with eyes on the victory

Philip Hobbs horse finally got off the mark over fences at Warwick in October after wind surgery not long before. A previous winner, and multiple places over hurdles at this distance as well as the single chase victory, he has proved he can stay over the 3m distance. Despite having champion jockey Richie Johnson on board, Barry Geraghty is an adequate replacement and should go well despite a rise in weights. 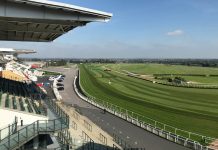 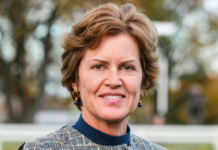