Jos Buttler feels ‘refreshed’ after a hectic summer when he returned to action with a century in England’s final warm-up before the Test series in New Zealand.

He posted a classy 110 from 153 balls but could not prevent England from drawing the game in Whangarei, when lower order resistance from the Kiwis saw out the day at 169-8.

Buttler was a constant in both England’s winning World Cup campaign and the drawn Ashes series, and after a dip in form towards the end of the summer, he has made good use of his time off.

After crucial contributions in the World Cup, including 59 runs in the final plus involvement in the dramatic super over, the Lancashire keeper-batsmen managed just 55 runs over six innings against Australia.

Consecutive scores of 71 and 47 proved enough for Buttler’s test spot to escape the microscope, but he believes his subsequent break from the game was much needed.

He said: “It was a tough summer, psychically and emotionally, great fun and a huge challenge and one you look back on with real fondness. But it certainly took a lot out of most of us, so the four to five weeks we’ve had off have been invaluable.”

“It’s been really good to have some time away from the game, and sort of get refreshed and allow yourself time to think, and have a bit of reflection on where you’re at, and some things that I felt I needed to work on.”

He has used the opportunity to hone his game, working with former Somerset teammate Marcus Trescothick to iron out technical deficiencies and identify what makes a batsmen successful across all formats.

He said: “There were a few technical tweaks, just a few things that creep into your game, which you try and eradicate. We spoke a lot about the game-plan as well. There’s so many different techniques, I don’t think there is a right technique, but the guys that do seem to score runs more consistently, they read the game really well and have good game plans.” 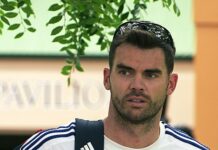 Why the Ashes could be James Anderson’s toughest test yet 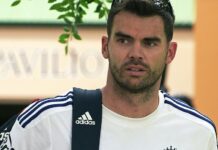 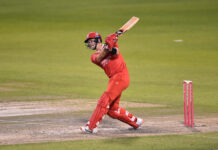