Ken and his brother Neal are two of Merseyside’s pride and joy in tennis, and they fly the flag for Liverpool in the doubles format of the sport.

In 2009, Ken broke out onto the international scene, when he won his first two ATP tournaments and broke into the world’s top 50 doubles players.

The following year, alongside partner Ross Hutchins, he won the doubles silver medal, as well as scooping the bronze equivalent in the mixed doubles with Sarah Borwell, at the Commonwealth Games.

His best result at a grand slam came at Wimbledon in 2017, reaching the quarter-finals of both the men’s doubles and mixed doubles.

Ken’s younger brother Neal is ranked inside the top 50 of the ATP’s doubles rankings at the moment, and turned professional in 2013. He has regularly partnered his brother since that time.

But, the latter has recently took to the court with Jamie Murray – brother to former Wimbledon champion and world number one, Andy.

The Skupski brothers reached the final of the Aegon Trophy on the Challenger Tour, before winning five Challenger titles in 2013.

How did you get into tennis?

“My dad got me into tennis. It helps when your back garden backs onto a tennis club.”

What is it like sharing a court as brothers?

“When we played together, it was so much fun. We didn’t grow up playing together much but that brotherly bond helped us so much on court. Winning together was the best feeling especially as a big brother; I felt I had achieved things for him. Winning our first ATP together was amazing.”

What is your relationship like on and off the court?

“Off court, we are very close. Now that he plays with Jamie Murray, I support him and always want to see him doing well. We have similar hobbies too, so that helps.

On court, I started off as more of a mentor, but we grew as a partnership and we began to enjoy it more towards the end.”

“My main goal this year would be to achieve my career highest ranking.”

To do this, Ken aims to become 44th or higher in the ATP world rankings.

Who would win in a match between the two of you?

“Neal would beat me in singles. He’s six years younger than me, so I would struggle to run around a full court now!”

Who would win if you both had to play using your least-dominant hands?

“I don’t know who would win that… I’d probably say me. But I think we should try it!”

Who has the strongest serve?

“As a leftie, I have an advantage. There are fewer left-handers on tour so returning their serve is much tougher. I don’t have a big serve but it’s generally reliable. Neal’s serve is good, but he’s not a leftie.”

From one tennis family to another… Could you give Jamie and Andy a run for their money?

“Neal and I would have a good battle against the Murray’s. I beat them a few years back with Xavier Malisse. I thought it was a good achievement to beat two world number ones.”

“Neal and I are both huge reds. We grew up supporting Liverpool and the passion has grown. It has been a struggle for most of the past 30 years, but we have finally turned the tide and all our friends who support Manchester United, don’t speak about football as often anymore.”

Ken is currently competing in the New York Open (ATP 250), due to play his opening game with partner Santiago Gonzalez against Freddie Nielsen and Roman Jebavy, on Wednesday (12th February).

However, Neal is playing in Rotterdam on the ATP 500 tour alongside Jamie Murray, as they take on Edouard Roger-Vasselin and Jurgen Melzer tomorrow (11th February), after bowing out in the semi-final in Montpellier.

The Skupski brothers may both be at the same event next week however, at the Delray Beach Open.

Images are courtesy of Neal and Ken Skupski, Sirobi and si.robi via Creative Commons license. 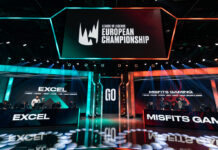