With the news this week that Jordan Henderson has been ruled out with a hamstring injury for three weeks, a position in the Liverpool midfield has come up for grabs. One player who can benefit from this the most is Naby Keita, making his way back from injury and yet to make a major mark at Anfield. This is his time to shine.

Keita agreed to sign for Liverpool in 2017, a year before he joined the club in a deal estimated to be around £48m, which highlights how much manager Jürgen Klopp rated the Guinean midfielder. The news Keita was coming excited the Liverpool faithful and a full season was spent eagerly awaiting his arrival to see what dynamism he could bring to the Liverpool midfield. More pressure was put on his shoulders after the announcement that he would wear the famous number 8 shirt, previously worn by skipper Steven Gerrard.

Fast forward nearly two years after his arrival and Keita has failed to live up to expectation. So far, he has failed to establish himself as a first team regular, partly due to injuries that have plagued his time at the club and players who play in his position performing better than he does. He made a positive start to his Liverpool career, catching the eye in his first three Premier League appearances due to his eye to pick out a key pass and ability to dribble the ball past opposition players. However, he picked up his first injury at the club soon after and has been unable to earn a regular starting position in the side. He scored his first goal away to Southampton in April 2019 and then followed that up by scoring against Porto in last season’s Champions League quarterfinal at Anfield. Just as it looked like his form had come back to him, he picked up an injury against Barcelona, which ruled him out for the rest of the season and meant that he missed the Champions League final.

This current season however has been more frustrating than the last as he has only played 17 times in all competitions scoring three goals, the last of those coming in the Club World Cup back in December. Since then he has gradually become more and more of a forgotten man at the club with the current players occupying the midfield positions performing very well. Henderson’s injury however has provided Keita the opportunity to get back into the team ahead of tonight is game against West Ham, the team he made his debut against nearly two years ago.

When the Reds suffered defeat against Atletico Madrid last Tuesday, one criticism levelled at them was that they lacked creativity in their midfield as they failed to get through the Spanish sides solid defence and even get a shot on target. There have been calls for Liverpool to turn to the transfer market to rectify this problem but the answer may lie with Keita who, when he has played has showed he is a creative minded player. He is also different to the other midfield options that the reds possess. Gini Wijnaldum, James Milner and Fabhino focus more on the pressing and tackling side of the game whereas Keita aims to get past players to score and create goals. This is similar to Alex Oxlade-Chamberlain but we have seen him play on the wing recently during Sadio Mane’s absence due to his versatility. Keita can only play in central midfield making him a useful option to Jürgen Klopp.

Tonight’s game may be perfect for Keita. West Ham visit Anfield sitting in the Premier League relegation zone. It is safe to assume that they will sit back and soak up pressure so Keita’s abilities as mentioned earlier may be needed to give Liverpool that extra edge when coming forward. If he manages to impress he may be able to force his way into the Liverpool side for the near future. With the league pretty much wrapped up the pressure in many ways is off which should provide Keita with the platform he needs to excel. It could be time for Keita to show why he can be a key man for Liverpool.

(Picture by Werner100359 under creative commons) 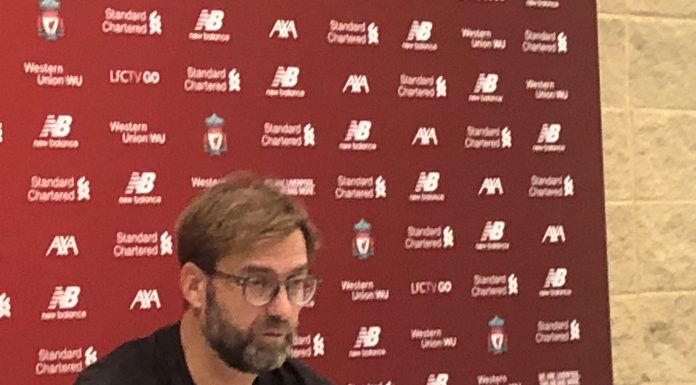 How women’s football could have suffered from European Super League

Klopp on Southampton: “They are very well drilled… that’s a problem”