Liverpool’s 44 league game unbeaten run, was brought to a surprise end at Vicarage Road, as the Red’s suffered a humbling 3-0 defeat to Watford.

Two goals from the Hornet’s record signing Ismaila Sarr, and one from captain Troy Deeney were enough to give the hosts all three points.

The result was more than deserved on the balance of play but the Red’s remain 22 points clear at the top of the Premier League.

Liverpool made two changes from their last game at home to West Ham, on Monday night.

The Reds were looking to open the gap at the top of the Premier League to 25 points, with Manchester City not playing this weekend.

Alex Oxlade-Chamberlain replaced Naby Keita in the centre of midfield, and Dejan Lovren came into the defence for Joe Gomez, who was left out due to a minor fitness concern.

Liverpool started the game slowly and it could be argued that Watford had the better of the first half.

In the opening stages Watford looked dangerous on the counter while Liverpool failed to build any momentum.

Gerard Deulofeu caused problems down the Watford left, and got in behind Alexander-Arnold and Lovren on a few occasions in the opening stages.

On four minutes the diminutive Spaniard cut in front the wing, to fire a right footed shot wide.

Five minutes later the former ‘Toffee’ was causing problems again, and whipped a shot narrowly over from the edge of the box.

On 11 minutes Watford spurned another opportunity. This time it was Deeney who got away down the left-hand side, and tried to square a pass across the box, which Wijnaldum cut out before it could reach either Will Hughes, or Abdoulaye Doucoure, who had burst from the Watford midfield.

Liverpool’s first chance of the game came on 19 minutes, when Watford failed to properly clear an out-swinging Andy Robertson corner, which fell to Oxlade-Chamberlain just outside the box, who dinked a pass over the top for Salah. The Egyptian took it down well, before hitting a right footed shot into the side netting.

This proved to be Liverpool’s first and only shot of the first half – this was the fewest shots Liverpool have had in a Premier League first half, since Jurgen Klopp took over.

Deulofeu – who had been causing a lot of problems in the opening half hour – was forced off on a stretcher on 32 minutes, after a challenge with Virgil Van Dijk.

The chance of the half fell to Troy Deeney, four minutes into the five added before the break

A hopeful ball was played over the top by Watford, which Alisson spilled to Deeney who chipped just wide when he really should have scored.

There were no changes from either manager at the internal, and it was in the second half that Watford took charge of the game.

On 46 minutes Liverpool were given a warning sign, when Pereyra – who replaced the injured Deulofeu – slipped a pass into Sarr who forced Alisson into a sharp save.

Liverpool’s first shot of the second half came just after, when Van Dijk’s through ball gave Robertson a good shooting chance from inside the box, but the Scotsman shot straight at Ben Foster in the Watford goal.

A minute after Robertson’s miss, Liverpool were behind.

Dejan Lovren failed to deal with a Masina long throw, and was always in trouble once he had let it bounce.

The Croatian’s error allowed Doucoure to get in behind and cross, leaving Ismaila Sarr the simplest of jobs, to tap in at the near post.

Sarr was played in on goal, after Deeney and Hughes did well to keep the ball in play tight on the right touchline.

Van Dijk could not get back quickly enough, and Sarr coolly dinked over the on-rushing Alisson for 2-0 Watford.

Liverpool were fighting to get back into the game, and substitute Adam Lallana went closest for the Red’s with 25 minutes left on the clock.

The England international hit the post with an ambitious long-range volley, which has Foster beaten.

On the break though, Watford continued to look dangerous, and an unlikely third on 71 minutes.

Lovren dealt poorly with a long diagonal aimed at Deeney, but when his header fell to Alexander-Arnold there looked to be no danger.

However, the young right-back then played a blind back pass to Alisson, which was intercepted by the two-goal hero Sarr.

The right-winger kept his cool and laid off to his captain, Troy Deeney, to score his first career goal against Liverpool for 3-0.

Liverpool huffed and puffed in the closing stages, but could not even find a consolation goal.

The result has broken Liverpool’s 38 game run of scoring in every league game since a 0-0 draw with Everton, and 44 game unbeaten Premier League run.

The Reds are away at Stamford Bridge in their next game – a 5th round FA Cup tie against Chelsea. 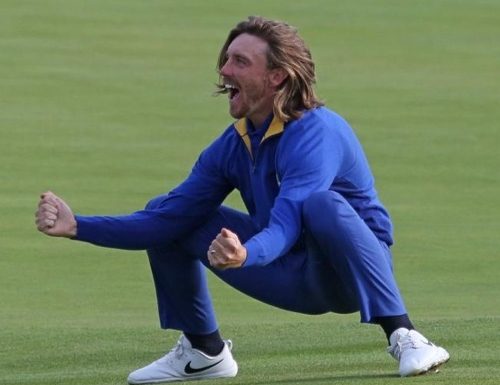 Thiago not the first to struggle in Liverpool’s midfield

Liam Watson | 500 Not Out for Southport boss