Southport golfer Tommy Fleetwood narrowly lost out to fellow-Brit Aaron Rai yesterday afternoon in the Scottish Open, in what turned out to be a dramatic conclusion in North Berwick.

The pair ended play locked together on 11 under par, Fleetwood forcing the play off as he birdied 18.

But it was Wolverhampton based Rai who took home the spoils as he looked on to watch Fleetwood miss a three-foot par to claim only his second European Tour title.

It was an impressive final round from the 25 year old, who started the day four under par and went on to post an impeccable 64.

Rai has atoned for a disappointing finish in Ireland last week, finishing runner up to John Catlin just 8 days ago.

There was much social media admiration for Fleetwood too, the world number 17’s ball was marked with the initials ‘EFC’ and caught the attention of the cameras, much to the delight of Evertonian’s. 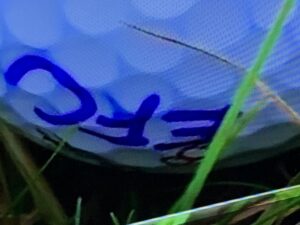 His attention must now turn to the BMW PGA Championship which begins in just 3 days’ time over in Surrey.

As for Aaron Rai, the emotion was clear to see for all who tuned in, as he hailed the moment as a ‘dream come true’.

An impressive day for British Golf at the Renaissance Club, form that will be hoped can continue on to the Wentworth Club this coming week.