The Gorilla has quickly garnished a large following with his theatrics on social media, but has made it clear that he wants to fight one of MMAs most astonishing upstarts.

Despite a tough loss against former Middleweight Champion, Robert Whittaker, at UFC Fight Night 174 back in July, the Liverpudlian fighter still remains as a huge fan favourite and as a potential future champion in the UFC.

Till narrowly lost the fight with Whittaker winning by unanimous decision setting up the Aussie’s co-main showdown against Jared Cannonier at UFC 254.

Till is now raring for a huge clash against number six ranked middleweight Jack Hermansson who bolsters an impressive record of 21 wins and 5 losses across all MMA promotions.

At rank seven, the Gorilla will be looking to move back up towards the top of the Middleweight division after making the transition across from Welterweight where he earned a title opportunity against then Welterweight champion Tyron Woodley.

Whether or not Till beats Hermansson, he has made it clear on who he is ready is fight next and it comes in the form of one of the sports most exciting and exhilarating fighters.

The name Khamzat Chimaev has already triggered shockwaves throughout the MMA world and ever since moving to the UFC, Chimaev has been nothing short of spectacular.

Chimaev was on the main card of Till’s showdown against Whittaker and soundly defeated Rhys McKee with a first round stoppage.

The Swedish fighter then defeated Gerald Meerschaert in just 17 seconds to earn performance of the night on the main card of Tyron Woodley vs Colby Covington.

Khamzat remains undefeated with a perfect 9-0 record with fans already claiming that he could be the one to dethrone fellow undefeated fighter and UFC Middleweight champion Israel Adesanya.

At the moment, Chimaev has no fight offers currently on the table but that did not stop the Gorilla laying down a big challenge for both fighters and setting up a potential fight that will have huge fan investment.

Ever since lockdown, Darren Till has been able to show off his wider personality by remaining heavily active on social media and in doing so becoming a wider favourite among fans.

In his more recent tweets, Till tweeted the following:

“Rankings have never mattered in the UFC. Chimaev after I destroy Jack in December, if you are still struggling to get a match. I’ll give you a go at the big boys son!!!”

Till has never been shy in facing healthy competition and should he beat Jack Hermansson this potential showdown could see the winner move closer towards a potential Middleweight title bout.

While there is still a long way to go before this bout becomes reality, it does seem likely that Chimaev would be happy to accept Till’s offer to further cement himself as one of the most deadliest Middleweights in the world.

Both fighters are also known knockout artists so fans are definitely expecting a climatic and heated showdown that almost has fight of the year written all over it. 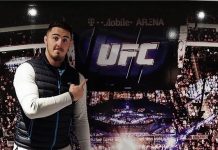 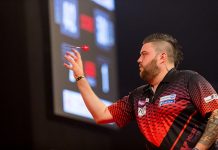 ‘Bully Boy’ and ‘The Bullet’ prepare for 2021 World Darts Championship