Callum Smith is the current holder of the WBA super-middleweight title, yet his next opponent remains unclear. He appears to be sitting firmly in the middle of no-man’s land. It has been almost a year since his last competitive fight, and there can be little doubt that the Liverpudlian will be itching to put his frustrations behind him and get back into action. We take a look at some potential candidates for his next bout:

Anthony Dirrell was a former two-time WBC super-middleweight champion, having held the title in 2014-15 and 2019. The American who, like Smith, comes from a family of high boxing pedigree (brother Andre is a future Hall of Famer), was previously close to fighting Smith before talks broke down. He remains a viable option. However, some of the sparkle of this fight has been lost as a result of the loss in his last fight to David Benavidez. Nonetheless, albeit that he has fallen further down the list of attractive opponents, he remains a financial draw from this list of contenders.

Dirrell’s conqueror David Benavidez was, until recently, the holder of the now vacant WBC super-middleweight belt. After coming in three pounds over the limit in his latest title defence, the American was forced to relinquish the title. The twenty-three-year-old Benavidez who is still unbeaten in his 23 professional fights so far, would certainly provide a stern test for Smith. Purists may disagree but the relatively low profile and risk that Benavidez poses, coupled with the limited financial gain on offer makes this fight a relatively unattractive proposition.

Caleb Plant is the current holder of the IBF Super middleweight belt and arguably the hottest property in the division. A potential bout with Callum Smith has the potential to be a blockbuster.  There is little doubt that the fight itself would make for an entertaining affair, with both boxers being technically gifted, front foot fighters.  Notwithstanding the fact that Smith has the upper hand on KO percentage (70%) this would be a very difficult fight to call. This matchup has the distinct advantage of being a unification fight, with the WBA and IBF titles on the line.

Billy Joe Saunders is the longstanding WBO belt holder with an excellent fighting pedigree. The 31-year-old still remains unbeaten, and despite recent troubles is a fantastic talent. As an all English contest, this fight would draw a huge audience and would undoubtedly be financially very lucrative. It could be one of the biggest domestic fight in this country since Froch vs Groves. This test would undoubtedly be the most high profile of Smith’s career and the attendant publicity could catapult him right up there into the bracket of the ‘mega-fighters’.

Canelo Alvarez is in the conversation for the pound for pound number one in boxing. Having beaten some of the most renowned names in the game, including that of Gennady Golovkin, the Mexican is without doubt one of the biggest names in the sport right now. Eddie Hearn hasn’t shied away from the fact he is keen for this fight to take place. Smith, however, faces stiff competition from other fighters desperate to get their chance to face the Mexican. This is a legacy fight. Victory against Alvarez would put not only put Smith’s name in the history books but also put him in the box seat in driving his career in the direction he wants it to go… 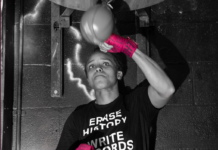