The German’s support comes amid reaction to a horror-injury suffered by Wolves striker Raul Jimenez against Arsenal last night.

Jimenez suffered a fractured skull early in the game after clash of heads with David Luiz.

Klopp, when asked if it was time for the introduction of precautionary subs, said: “Yes, at the time I didn’t think about a rule change.

“I was just sitting there for 10 minutes hoping they both get up without any issues. But that didn’t happen.

“I hope Raul Jimenez is as good as possible now, I heard he had surgery. I wish him all the best obviously.

“But it of course makes sense that we can do things like this.”

Jimenez was taken to hospital for a fractured skull but Luiz was simply bandaged up and played on before being substituted at half time.

“Why should I not expect a close game? Ajax are a really good side and are pretty much flying through their league.”

“They’ve had big results and have very talented players, so yes I expect a close game.”

The 53-year-old also spoke on the recent injury problems which his side have suffered.

However, there was some positive news for the Reds. Trent Alexander-Arnold is close to making a return according to his manager.

“Trent looks quite good, but nobody gave me a green light for tomorrow. I saw him outside doing his rehab stuff so it looks good.”

“It’s not my decision, I take the players whenever I am given a green light but from my experienced eye it looks good.” 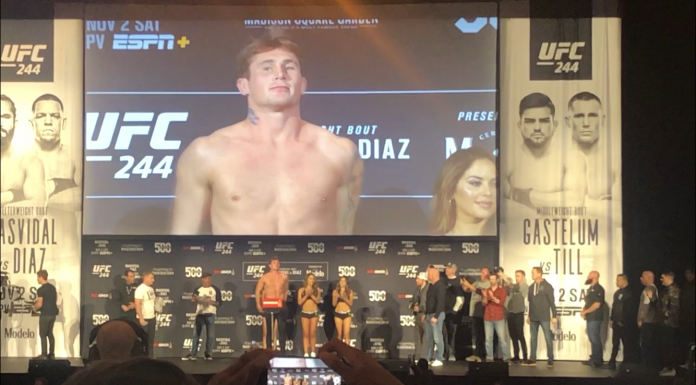 5 fights that make sense for Darren Till next

Support Classes First Back on the Track for Season Restart

Sell-out crowds and electric atmospheres – Where next for women’s football?

Everton Under 23’s edge past Leicester to go fifth