Southport’s Tommy Fleetwood starts his bid today to go one better than last year with the conclusion of the European Tour Series, the DP World Tour Championships in Dubai.

Fleetwood was runner up last year, finishing on 18 under par.

He ended up losing by one shot to champion Patrick Reed who finished on 19 under par after 72 holes.

But Fleetwood will be confident he can go one better and win the tournament for the first time.

Fleetwood has in fact been paired with Reed for the first two rounds in Dubai, which gives the Englishman a chance to lay down a marker and get his week off to the perfect start. 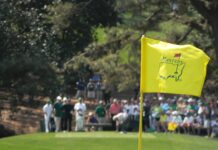