Liverpool manager Jurgen Klopp will be made to sweat over the fitness of Fabinho for the Merseyside Derby this weekend.

The fill in centre back has missed the last two-games with a muscle strain he picked up in training.

Before the Champions League win in Hungary against Leipzig, Klopp was asked whether Fabinho will be fit for the 2 matches this week and Klopp replied: “I don’t know in the moment, we will see. I really don’t know.”

Despite being a doubt, Fabinho will have the chance to prove his fitness in the next 48 hours. MerseySport Live understands there is a chance the 27-year-old might be ready to play in Saturdays clash.

This would be a boost for the Reds as skipper Jordan Henderson will move back into the centre of midfield. Liverpool have missed his tireless work rate and leadership in the middle of the park.

Fabinho was rushed back into action from injury for the defeat to Manchester City. He only managed that game before picking up this recent strain. This makes it unlikely that he will feature, as they won’t want to take that risk again.

This would mean that Kabak and Henderson would continue as a pairing in the derby this weekend.

The likely return date for Fabinho would be the trip to Bramall Lane, a week on from the clash against Everton. 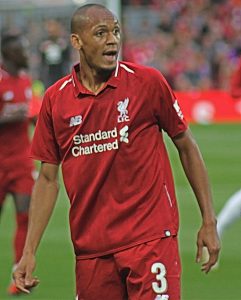