The Manchester Originals have announced their squad for the inaugural Hundred tournament that takes place this summer.

What is the Hundred?

The Hundred is a new format of white ball cricket. Each team will face 100 balls each in an innings, with five ball overs.

It will be the first time a franchise cricket tournament is played in the country where the sport was founded.

The new format aims to widen the audience of cricket. With eight city-based franchises, the Hundred is aiming to bring in fans of all ethnic backgrounds into the game of cricket.

The inaugural tournament was due to start in July 2020. However, it was delayed for a year due to the coronavirus pandemic.

The Manchester team will play their home games at Emirates Old Trafford.

The first game of the inaugural tournament will see the Manchester Originals Women’s team away at the Oval Invincibles on July 21st. The final will played at Lords on August 21st.

Having the first match of the entire tournament (Men’s and Women’s) being a Women’s game, highlights the importance of the Women’s tournament to the ECB.

The tournament is being jointly broadcasted by the BBC and Sky Sports in a bid to increase television and radio viewership to expose more people to the game of cricket.

The Hundred is a huge deal for English cricket. A key part of the Hundred is to promote Women’s cricket and bring in new fans to the game.

The England and Wales Cricket Board are determined to change perceptions of women’s cricket with the Hundred.

The Women’s and Men’s games are played on the same day, at the same venue. The idea is for the stage can be shared. Women’s cricket does not deserve to be a mere warm up act for the main event of the Men’s game.

In 2017, England Women’s won the Cricket World Cup in front of a packed house at Lords. The idea of the Hundred is to build on this success.

English cricket has not equalled the game of cricket in the same way that Cricket Australia has. The Women’s game has great viewership and attendance down under, which it unfortunately does not in the UK.

Because of this, the launch of the Hundred is huge for the Women’s game.

The ECB want to encourage girls from all background, but particularly inner-city Asian backgrounds into the English game.

Beth Barrett-Wild, is in charge of the women’s Hundred competition for the England and Wales Cricket Board, believes this summer is the beginning of “a big opportunity”.

Barrett- Wild, speaking to the BBC, said that “Everything we’re doing is through a gender-balanced lens”.

“How do we harness this opportunity so that it’s not a surprise that the women are opening the competition and that it is just a completely normal thing to happen?”

Manchester Originals are kicking off the Hundred tournament, with an away fixture at the Kia Oval against the Oval Invincibles.

The Originals marquee signing is that of England spin bowler Sophie Ecclestone. Ecclestone is the best short form bowler in the world, currently sitting top of the T20 bowling rankings. Despite only being 21 years old, she has been capped 66 times for England.

A key part of the Hundred is to see the best of English talent, but to also see the best in the world play on these shores. South Africa’s Lizelle Lee and Mignon du Preez have joined the Originals for the inaugural Hundred competition.

Lizelle Lee sits 10th in the ICC T20 batting rankings. The hard-hitting batsman will certainly be at the core of the Originals batting line up. Additionally, wicketkeeper batsman Mignon du Preez sits 19th in the ICC T20 rankings and brings the X factor to the Manchester Originals side.

The Originals are packed full of local talent. The Lancashire Thunder were one of the six teams that played in the preceding Kia Super League and the centre of women’s cricket in the North West. Many of the Lancashire team have joined the Manchester Originals Hundred franchise.

St Helens born Natalie Brown is an all-rounder that also plays for Lancashire. Cordeilia Griffith, Hannah Jones and Ellie Thelkeld all also join the Originals from Lancs. Additionally, spin option Hannah Jones, as well as batsman Georgie Boyce. who have all previously played for the Lancashire Thunder in the Kia Super League.

Batsman Cordeilia Griffith makes the move up north to join the Originals. Griffith plays her county cricket for Middlesex.

England spin bowler Alex Hartley will play for the Originals. Hartley currently finds herself out of the England team at the moment, so is hoping a strong tournament can get her back into England contention.

Preston born batsman Emma Lamb is one of the only Originals players who also finds herself contracted by England. The uncapped batsman was given a rookie contract in 2020 that has allowed her to train under the elite sports bracket during coronavirus lockdowns.

National guidelines have only allowed those contracted by England to train and play during the coronavirus pandemic, which has had a huge impact on those who are not in the England set up.

The Originals still have two slots to fill in their roster.  One of these slots can be taken by an international player. 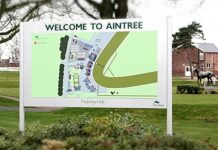