Liverpool-born Mercedes mechanics Ron Meadows and Andrew Shovlin will be anticipating a fast start to the Formula 1 season in Bahrain this weekend.

The German team have won the last seven Constructors’ Championships, but their new car, the W12, endured a difficult pre-season testing, with rivals Red Bull appearing to have a stronger race car for the upcoming campaign.

Ron Meadows is the sporting director of the Mercedes AMG Petronas Motorsport Formula One team, and Andrew Shovlin is the trackside engineering director.

Max Verstappen of Red Bull set the fastest lap of the three days’ testing, while Mercedes suffered from technical and driveability issues with their drivers Lewis Hamilton and Valtteri Bottas both losing control of the car on several occasions.

Shovlin said although Red Bull had the advantage in testing, anything could happen in the race: “They’re the class act from the test, but it’s a test, not a race, and it’s one event out of 23.

“Red Bull are a fierce adversary, they’ve got a strong package and clearly came out of the box very, very quick.

“The result of that is, across the season, and across different kinds of track layouts, I’m sure you’ll see us move forwards and backwards relative to them.

“I’m sure we’ll have a close championship this year,” Mercedes’ top engineer admitted.

Mercedes boss Toto Wolff addressed the concerns when talking to Sky Sports: “Overall, it was a tricky three days of testing for us. The W12 wasn’t as stable, predictable or planted as some of our rivals.

“Red Bull looked strong on both the long and the short runs, but as always with testing, it’s difficult to be certain of true performance.

“The only thing we know for sure is that we must prove our ability to react.

“From the moment the third day of testing finished, we got our heads down and started to figure out how we can return to Bahrain in stronger form in just a few days’ time.”

Free practice begins tomorrow in Bahrain, with qualifying scheduled for 3pm GMT on Saturday. The race on Sunday will begin at around 4pm GMT. 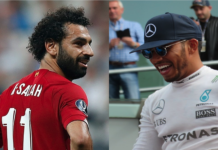 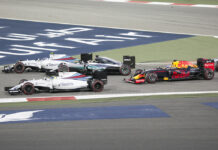