St-Helens born Rob Broughton has been jailed for eight and a half years for his part in a local drug empire, being referred to as ‘The Enforcer’.

The ex-UFC athlete was involved in a ”criminally sophisticated, highly profitable and well-organised business” for more than four years, between 2016 and 2020.

With his last MMA bought coming ten years ago against Philip de Fries, Broughton had since taken up work as a doorman along with balancing a family life.

Ending his professional career with a record of 16-7-1, the 38-year-old claims he had no direct contact with the king-pin brothers Alan and John Tobin and was merely used as a debt collector.

Subsequent losses against Travis Browne and de Fries lead to a decline in the former cage-fighters career path and ultimately lead to his eventual release from any future promotions.

Ms Daley mitigating said Broughton, 38, of Breccia Gardens, has nor did he have any direct contact with drugs, but was used to “enforce unpaid debts” subsequently relating to him moving the empires cash, estimated around £30m in total.

The drug ring was taken down on September 9 last year, when police raided the gang’s homes to arrest those involved.

Broughton, who admitted his involvement in the cocaine plot, has five convictions for nine offences, including possessing a bladed article in 2007 and battery in 2009.

It is thought he met the Tobin brothers whilst working and training at the same gym within the local area. 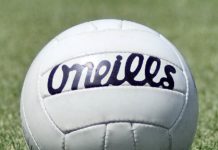 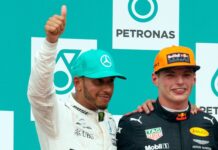