Liverpool have nine players out on loan this season looking to force their way into Jurgen Klopp’s first-team plans.

Here, MerseySportLive assess how they have fared.

“It’s unfathomable to me that, in five years, he’ll still be in his early twenties and he could have played 250 games by then.

“What a joy he is. He just loves the ball; can’t have enough of it.”

Tony Mowbray, via The Athletic

Included in Goal’s NextGen 50, the 18-year-old could go on to forge a glittering career at Anfield.

He’s surpassed all expectations in the first loan spell, and there will be calls for Jurgen Klopp to fast-track him into the first-team squad come season.

Elliott might just be good enough to follow in the footsteps of the likes of Bukayo Saka and Mason Greenwood by making a swift and dazzling breakthrough.

But it remains to be seen whether the Reds exercise caution and seek a second loan move at a slightly higher level.

Manager’s verdict: “The best I’ve seen him play was on his wide right coming on his left foot, but he’s a talented lad and it’s nice he can play a number of positions.

“Sometimes, though, you have to nail one down for yourself.”

This is Wilson’s fifth loan spell away from Anfield, and he has impressed on every occasion.

Wilson’s inspired Hull City’s successful bid for survival in 2017/18 before firing Derby County into the play-offs the following season.

The Welshman will have been disappointed to drop back into the second tier after a seven-goal campaign at Bournemouth in the top-flight.

But the creative side of his game has flourished in South Wales, his tally of 11 assists bettered only by Norwich City’s Emiliano Buendia.

Wilson would be a reasonably good option for Liverpool in the domestic cups, but the Reds would prefer to offload him for a fee in the region of £15million to raise funds.

In the present market, though, a sixth loan move might be more realistic.

Manager’s verdict:  “He is a player with enormous potential.

“At the height and physical capacity he has, he is a technically strong player.

“I think he should (move the ball) more quickly. That’s what I’ve been saying to him. Midfielders are essential in the speed of ball movement.

“He must also be aggressive. He is an aggressive player, but what I ask for is this change in behaviour when recovering the ball.”

Grujic actually made it as far as his parent club in the Champions League, starting both legs of Porto’s quarterfinal meeting with Chelsea.

From that point of view, the loan move has been a success, but there remain concerns about the Serbian’s suitability for Jurgen Klopp’s side.

Indeed, aggressive hunting of the ball is an essential requirement at Anfield.

Grujic, who made two EFL Cup appearances this season before moving to Portugal, may be in the same boat at Wilson – talented enough to fetch in excess of £10million but probably destined for loan after loan until the market recovers.

Manager’s verdict: “It is difficult for him now because the team is not in the best shape.

“We must have a look. I am happy he is here.

“He has scored two important goals for us so far and hopefully, he does that a few more times.”

But as Hasenhuttl notes, he’s joined a struggling side.

Since Southampton beat Liverpool just after the turn of the year, they’ve picked up a meagre seven points.

Minamino has now lost his place in the team and his prospects in English football are looking increasingly bleak.

As he nears 18 months in the Premier League, the former RB Salzburg star has still yet to prove himself.

If Liverpool are offered a healthy profit on their £7.2million investment, Minamino could be on his way.

Player’s verdict: “This season was maybe a bit tough to make the decision because honestly, I was hoping to leave permanently.

“Liverpool have been great, they have been so supportive and we always talk with the director and every time, they tell me to be patient.”

He is the second top-scorer for the overachieving side, behind only seasoned frontman Max Kruse.

Awoniyi signed for Liverpool six years ago but has been unable to secure a work permit.

Regrettably, he could well depart without making an appearance for the Reds.

But the signs are that he can forge a good career for himself.

“His counter-attacking ability and his ability to dribble are excellent, and he’s unpredictable.”

Like Cardiff team-mate Wilson, Ojo is an on-loan journeyman.

Since joining Liverpool’s youth set-up in 2011, he has spent time at six different clubs.

With the possible exception of his stint in France with Stade Reims, each loan move has gone reasonably well for the classy winger.

The Championship will likely become his permanent home in the next year or two.

Manager’s verdict: “We have a goalkeeper who is fantastic.

“He had some problems last year, and there may be many reasons why he was not quite at the same level, but he now shows again that he is a top, top, top goalkeeper.

“He has been really good all year.”

Grabara has yet to make a first-team debut for Liverpool and a tricky loan spell at Huddersfield may have damaged his Anfield prospects beyond repair.

But he’s clearly recovered form and confidence in the Danish Superliga, helping Aarhus to third in the table.

Extending his stay for another year might be best for all parties.

Manager’s verdict: “Of course he is not happy. It would be madness if he was happy being on the bench.

“I can handle the fact that he is cross with me.”

Urs Fischer via Inside Futbol

It’s been some fall from grace for Loris Karius. At his best, he was deemed good enough to start a Champions League final.

But now he’s a second-choice keeper for a mid-table outfit.

Karius has never fully recovered from his Kiev horror show, and Liverpool may struggle to find takers for the error-prone stopper this summer.

He’s about to enter the final year of his contract, with zero prospect of renewal.

Manager’s verdict: “It’s not uncommon for young centre backs to play right-back initially and get a feel for playing in matches and getting their distances right and different things.

“I think we’ve seen, [he’s] very confident, very quick, good on the ball, and he can play centre back or right back, I’ve got no doubts about that.”

Van den Berg was one of three low-key signings Liverpool made off the back of their Champions League triumph in 2019.

The Dutchman’s four senior outings have been unconvincing and he’s been conspicuous by his absence amid the Reds’ centre-back injury crisis.

But the decision to send him to the second division to gain experience of regular men’s football looks to be paying off.

He’s also demonstrating his versatility, which will considerably boost his chances of a breakthrough at Liverpool.

Expect another loan move in 2020/21 and another chance to persuade Klopp. 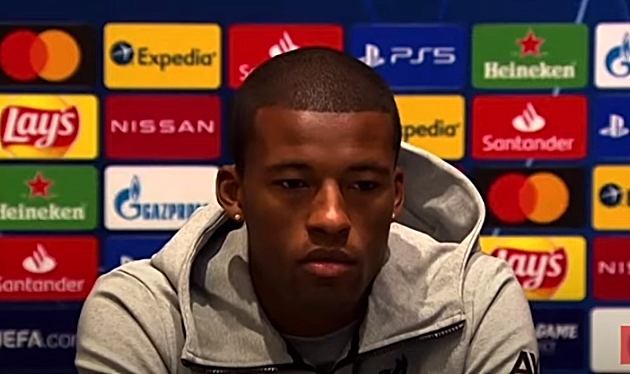 OPINION: Everton proves to ‘people’s club’ in response to ESL