Liverpool’s Neal Skupski and his doubles partner, Dan Evans, have been knocked out of the Barcelona Open.

The British doubles team were beaten 6-3, 6-4 by Juan Sebastian and Robert Farah, the top ranked seeds in the competition.

The Colombians were too strong for Skupski and Evans, making the quarter-finals the last stop for the British doubles.

Falling to the top seeds

The Colombian doubles team were the number one seeds in the open. Meaning the task was as difficult as possible.

The South American’s were too strong for the Brits on their first serves. Conjuring a phenomenal 92% win rate off the first serve. Making the task near impossible for Skupsi and Evans.

It has been a tough month for Skupsi and Evans with them losing two finals before the Barcelona open. First, it was the Miami open final on April 3rd. Then, the two were defeated last Sunday in the Monte Carlo Masters final by Croatians, Pavic and Mektic.

Skupsi and Evans keep finding themselves making it to the late stages of these world competitions. The two will start to find a way to win in no time as they develop their connection as a dominant tennis duo.

Now, Skupsi and Evans will look forwards to their next competition where the two will be hoping to do enough to win as they continue on this fine run of form which sees them pushing the world rankings. 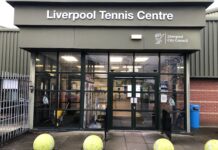 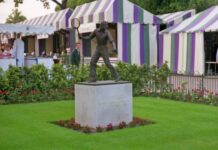 Top Five Merseyside tennis players to make it to Wimbledon

Heartbreak for Neal Skupski in the Monte Carlo Masters final