Liverpool started their campaign to win a seventh European title with a 3-2 win at Anfield over AC Milan.

I Rossoneri, who are seven-time winners of the competition themselves, made the game an exciting one for the spectator.

But in the end, Liverpool deserved the three points to take them top of Group B after one game played.

The match kicked off with a ferocious roar from the crowd attending their first European match at Anfield in almost 19 months.

Liverpool started quickly and, with the crowd behind them, missed a string of chances, most notably from Divock Origi and Diogo Jota from inside the penalty box, both from Andy Robertson crosses.

The first Liverpool goal came as a result of a great one-two between Alexander-Arnold and Salah before the full-back drove into the box and had his powerful pass deflected into the net by Tomori.

Liverpool continued to apply pressure and soon after, Robertson had a half volley come off the arm of Bennacer forcing the referee to award a penalty.

For once, Salah missed – the keeper stayed down the middle before impressively stopping the rebound to his right from Jota.

It’s only the second penalty the Egyptian has missed from his last 19 taken in a Liverpool shirt.

Liverpool’s intensity was so high, that for the first half an hour AC Milan could hardly gain possession of the football in the opposition half.

On the odd occasion they did, Gomez and Matip were quick to read the play and intercept on numerous occasions.

The events were perfectly summed up in a moment, about 25 minutes into the match, when Tomori stood on the ball in his own half, gesturing to his teammates to push up, only for the ex-Chelsea defender to be closed down by Origi and forced backwards himself.

Though Liverpool maintained control, after half an hour Milan started to progress further up the pitch, using Brahim Diaz and Rafael Leao on the left. 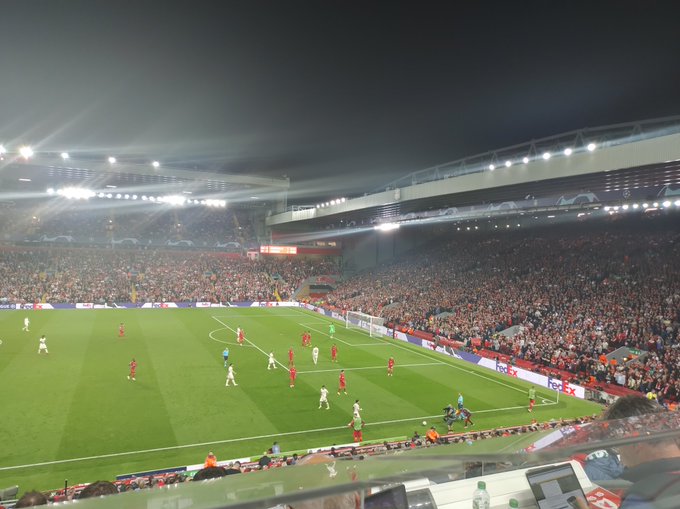 And out of almost nowhere, all of Liverpool’s good work was undone when Milan scored a fantastic team goal against the run of play.

Brahim Diaz passed inside to Saelemaekers on the edge of the box.

He then gave it to Kessie before the Ivory Coast international perfectly laid the ball off to Rebic to finish first-time to Alisson’s bottom left.

It was Rebic’s decoy run in the first place that had created the room for Saelemaekers to receive on the edge of the area.

Two minutes later, Anfield was again silenced after Milan scored a second, this time through Diaz.

Rafael Leao carried the ball down the left and passed infield to Rebic.

His side-footed shot at goal was cleared off the line by Robertson only for it to run into the path of Diaz who tapped into a half-empty net.

Barely a minute after the second half had kicked off, Milan had the ball in the net again but an offside flag came to Liverpool’s rescue on this occasion.

This seemed to wake Klopp’s team up.

With their first proper attack of the second half, Origi scooped the ball over the backline for Salah to poke the bouncing ball into the net with his boot high in the air thanks to Maignan’s indecisiveness.

The second period then began to follow the same patterns as the first: Liverpool were rampant and Robertson, Alexander-Arnold and Salah all had shots saved.

Liverpool’s dominance continued and they eventually got their reward thanks to a brilliant strike from Jordan Henderson.

The attack started with a customary surging run into the box from Joel Matip before he passed to Jota.

He managed to move the ball onto his preferred right foot then had a shot blocked by a sliding Simon Kjaer.

The second phase of the resultant corner fell to Henderson outside the box, and he struck his half-volley with incredible precision, finding the bottom left and giving the keeper no chance and sending The Kop into raptures whilst singing his name.

It was the captain’s first goal since last December.

From then on, AC Milan couldn’t forge any chances.

The closest they came was with five minutes remaining when Tonali’s corner was flicked on by Kjaer across the face of the area only for Alisson to dive on top of the rolling ball.

Liverpool’s forwards could have put the game beyond doubt towards the end, with several chances on the break.

But Salah, Jones and Oxlade-Chamberlain were not clinical enough to make it past the last line of Milan defence.

The 3-2 scoreline was perhaps flattering of Stefano Pioli’s team’s performance.

Liverpool played well but if they are to taste success in this competition for the seventh time, they will need to learn to stay alert for the whole 90 minutes – not just 85. 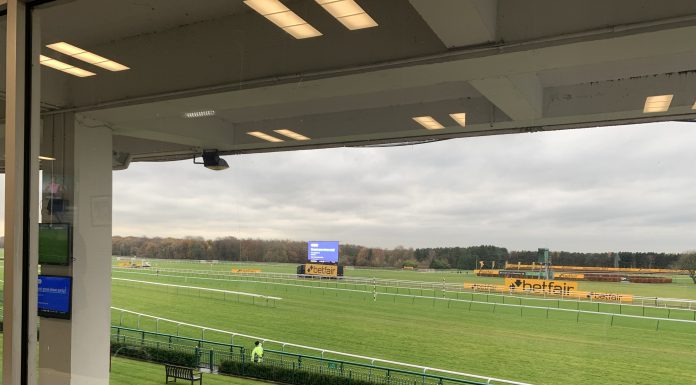 The story behind Liverpool’s love-affair with Scandinavia