Liverpool Collegiate RUFC XV2 are looking to bounce back in this weekend’s fixture against Wigan 2 in the Combination League 1.

After building momentum in their impressive 38-14 victory against Sefton 2 at the Liverpool Cricket Club 2 weeks ago, their form has withered.

More recently, they lost to league leaders Aldwinians 2 who are four points clear and remain undefeated.

Aldwinians were ruthless in their victory, cruising comfortably 31-7, not allowing Collegiate a sniff throughout the match.

Their closets rivals are Widnes 2 who are the only other team within the league to remain undefeated.

Collegiate’s number 10 Jamie Lightbody said earlier in the season a lack of match fitness due to the pandemic could be to blame.

He said: “We kind of slacked off, our fitness went down a little bit but if we keep going we can bounce back.”

The Combination League 1 is starting to take shape with Liverpool Collegiate RUFC XV2 in sixth in the table only winning once.

Collegiate have also played the most matches compared to any other team playing four times, losing three of them.

Only Sefton 2 have lost three times and are trailing bottom of the league in 10th place.

Collegiate’s only victory also came against Sefton 2 which is to be a cause for concern if the team have prospects to challenge rivals like Widnes 2 or Liverpool St Helens.

Wigan 2 on the other hand, have had a stable start to the season only playing twice due to their game against Trafford MV 2nd XV being postponed at the weekend.

Similarly, they lost to top of the league Aldwinians 2 and have been victorious against Sefton 2 so the two sides are evenly matched besides Collegiate playing an additional game which they lost.

Many players will have a point to prove, with ambitions to break into the first team squad in the long term.

Collegiate will face Wigan 2 at the Liverpool Cricket Club on November 6 at 2.15pm in one of the most defining fixtures of their season to date. 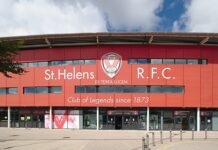 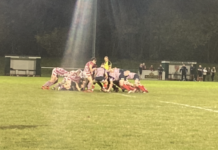