Over the last few months, cricket and racism have sadly walked hand in hand.

When ‘whistleblower’ Azeem Rafiq lifted the lid on ‘institutionalised racism’ at Yorkshire County Cricket Club no one could have predicted the ramifications.

Essex County Cricket Club and Cricket Scotland have both been accused like Yorkshire.

But is this just an elite level issue?

Or does the grassroots game also need to get its house in order?

John Williams, chairman of the Liverpool District & Competition League, says he needs to know more about what his local teams are doing to combat racism.

He told Merseysportlive: “We don’t know what other teams are doing, we have to make an interpretation of that as of now.”

There is hope, especially with the ECB setting new targets on inclusion for its 29 Premier Leagues.

Williams added: “We are an ECB Premier League, one of 29 in the country.

“And well before this business with Azeem Rafiq and Yorkshire blew up we operated (and still do) through the ECB.

“Each year the Premier Leagues have to achieve a number of targets, they used to be on the development of Youth Cricket.”

Williams said that the targets have changed: “For example this year, each ECB Premier League has been given the goal to improve its performance in the area of inclusion and diversity.”

Wavertree are one of the most diverse clubs in the Merseyside area.

They have a junior women’s team as well as a visually impaired team to go along with their adult and junior sides.

O’Brien said: “We pride ourselves on having a welcoming environment.

“However, there is a definite issue with young people dropping out of cricket.

“And from my anecdotal experience, it’s more common in people from South Asian backgrounds.”

While O’Brien acknowledges the work they at Wavertree is good, he feels they could do more to increase the diversity in the adult teams.

“We’re pretty good at recruiting and keeping juniors from all ethnicities.

“But our capacity at converting that at senior cricket is definitely something we can look at.”

The Azeem Rafiq scandal is sending reverberations through the top level of the sport, forcing long overdue changes.

And it seems clear those changes will filter down to grassroots level where so many players from diverse backgrounds begin their cricketing journeys. 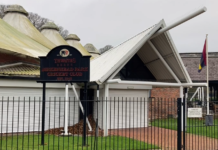