England will aim to respond to their dismal defeat at the hands of the Czech Republic when they travel to face Bulgaria tonight (October 14).

It had been ten years since England suffered a qualifying defeat in a major competition and many would have expected that run to have continued prior to Friday’s 2-1 away defeat to the Czech’s.

The manner of the defeat would have been frustrating enough but given the fact that a victory would have meant England would have sealed qualification for the Euro’s next summer means the Three Lions still have work to do to ensure qualification.

Manager Gareth Southgate is expected to rotate his side for Monday night’s game in Sofia. Defence will be the area that is concerning Southgate the most of England have conceded five goals in their last two games.

It is no surprise then that both full backs Danny Rose and Kieran Trippier are expected to be swapped out of the side for the younger options of Liverpool’s Trent Alexander Arnold and Leicester’s Ben Chilwell.

Southgate may also be tempted to swap out Michael Keane who came under criticism for his performance on Friday. One of his options is Chelsea’s Fikayo Tamori who will be hoping to win his first senior cap having played fifteen times for the England U21s.

Joe Gomez is also an option for centre-back with Harry Winks can also be considered an option to speed up England’s passing in midfield.

As for Bulgaria they sit bottom of the group having not won a game yet during the whole of qualifying.

Their last encounter with England came back in September and they lost 4-0 at Wembley courtesy of a Harry Kane hat-trick and a Raheem sterling goal.

Both players will be key to England securing a victory as combined both forwards have netted thirteen of the twenty goals England have scored during qualifying.

It will be the twelfth time both nations have played against one another, England have never lost to Bulgaria having won seven of those twelve meetings.

The game will also be played in front of a reduced crowd at the Stadion Vasil Levski after supporters were found guilty of racist behaviour during their games against Kosovo and the Czech Republic. 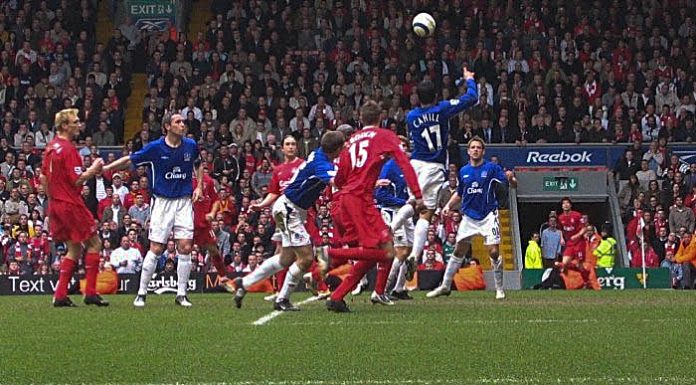 ‘The Friendly derby’ – The history of the Merseyside derby

Ron Meadows: ‘I was never someone who aspired to be in Formula 1’

Southport up to sixth after seeing off a stubborn Hereford