Gerwyn faced world number one Michael Van Gerwen in the semi-final but it had the final feel to it. The notable statistic behind this game is that in 19 attempts of playing Van Gerwen, price has never managed to beat the Dutch darter.

The Welshman put this statistic to bed with a brilliant display. He won 16-12 over Michael with a 100 average and an impressive 53% on the doubles.

It is no secret that Gerwyn Price is not really a fan favourite. After his final in this tournament last year, he upset many fans with his fiery celebrations and spat with Gary. This led to him receiving a fine from the PDC. Notably however, this tournament marked a sign of the times. The Iceman was winning over the fans with his darting brilliance. The boos were minimal and the class was visible.

Peter Wright is quite the opposite. A huge fan favourite but his success in major tournaments has been lacklustre to say the least. Going into this game, he had lost 11 of his 12 major final appearances.

In the defence of Wright, his performance in this final would have been good enough to win many majors but Price produced the performance of a lifetime. The ex-rugby player didn’t seem to miss a thing. Everything he touched turned to gold. He went on to win 16-6. A second all-time high final average of 107.86 and hitting one of every two doubles left Peter Wright powerless in defeat.

This win really pushes the career of Gerwyn Price in the right direction; he is now the world number 3 and posing a real threat to Michael Van Gerwen at the top of the rankings. Gerwyn now moves to second favourite for the world championships, which is rapidly approaching. 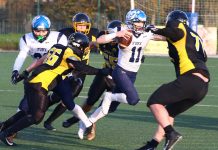 Top 10 Everton players destined for the Premier League Hall of...