The biggest name in boxing returns this weekend. It’s the rematch between Anthony Joshua and Andy Ruiz Jr.

Saudi Arabia takes centre stage for the ‘Clash on the Dunes’.

One of the greatest upsets in recent boxing history occurred on June 1st at Madison Square Garden. Andy Ruiz pulled off a shock win, knocking out the WBA Super, IBF, IBO and WBO world heavyweight champion.

For the first time in his career, Joshua had lost. His fairy-tale American debut had become a nightmare.

Ruiz, who’s only career loss was to Joseph Parker, played the ‘nice guy’ in the build-up, lulling fans into a false sense security. Fans believed Ruiz wouldn’t last three rounds, just another knock over for Joshua.

How everyone was wrong.

What are we expecting this time around?

The boxing world is very divided for the rematch.

Will Joshua avenge his loss? Does Ruiz just have Joshua’s number?

Joshua again goes into the fight as a big favourite. Some bookmakers have the Brit at 1/3 just to win and 4/6 to win by knockout. 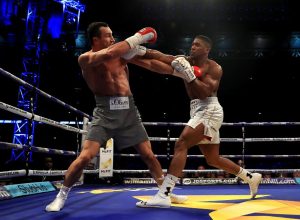 Fans will be hoping the Joshua shows up that beat Klitschko back in 2017. Joshua was clinical on the night. He took Klitschko’s best shots, and threw his best back, eventually winning by knockout in the 11th round.

Joshua needs the mentality that he went into the Klitschko fight with. An underdog mentality, with the mission of dethroning the champion.

The 30-year-old is expected to come in lighter for the rematch.

Fans claimed Joshua was too big and too slow, and will need to cut down for the rematch if he is to give himself the best chance of winning.

The same can be said for the champion.

Ruiz has always looked heavy, but from photos in camp, the Mexican looks lean and ready to go.

Anthony Joshua aims to become a two-time world heavyweight champion. The Watford man would become only the second British heavyweight to do this, emulating Lennox Lewis.

A heavily anticipated rematch in the Middle East, for the WBA Super, WBO, IBF and IBO world heavyweight titles.

Who knows what is in store on Saturday, for the biggest fight of 2019. 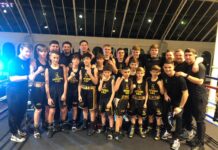