A must win game for both England and Scotland tomorrow as they battle it out in the second weekend of the six nations.

Both teams are coming into the weekend on the back of opening fixture defeats. Scotland lost 19-12 in a hard-fought tussle with ireland. Tournament Favourites England were stunned by a rebuilt and refreshed France team who dominated their way to a 24-17 victory with new coach Shaun Edwards at the wheel.

Despite grand slam hopes being out of reach for the two sides, a win tomorrow will hold onto hopes of six nation glory.

A huge blow for England coming into the game is the absence of centre Manu Tuilgi who’s out with a groin strain. Courtney Lawes also misses out with Lewis Ludlam replacing him. Scrum half Willy Heinz also comes in for Ben Youngs.

Scotland make one change with number 8 Magnus Bradbury coming into replace Nick Haining. England will be keeping a close watch on Bradbury who played a part in the heroic comeback at Twickenham last year.

Although England will go into the game as hot favourites, Scotland will prove a tough task in the fortress that is Murrayfield stadium.

The game gets underway at 16:45 following the tasty encounter between Wales and Ireland which commences at 14:15. 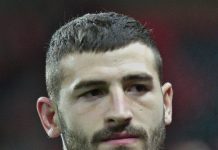