Widnes Vikings’ first home fixture of the 2020 Betfred Championship season successfully kicked off with a 32-16 victory over Batley Bulldogs to make it back-to-back wins to start the campaign.

The home side opened the scoring three minutes into the game with the assistance of Jake Spedding.

Widnes began to extend their lead 15 minutes into the game, Craven’s kick to touch from a penalty lead to the Vikings number six firing a cut out ball to Spedding, allowing the centre to send Deon Cross over in the corner.

Opposition side Batley, opened their scoring with Lewis Galbraith, as he climbed above Owens to a high kick and scored his side’s first points of the afternoon.

The Bulldogs managed to come back with a bang, Cross conceded a goal-line drop out before Craven’s restart ended up touching on the full. Leak capitalised on this by darting over from dummy half, Hooley then assisted and consequently levelled the scores.

The Vikings managed to gain back their lead thanks to Logan Tomkins who shipped possession to the right where Spedding collected his second try.

The home side lead by four points securing a 16-12 lead after the first half.

Kenny Baker scored his first try for the club seven minutes after the break.

As conditions began to deteriorate over the next 10 minutes the Vikings pinned their opponents deep inside their own half, with storm Ciara beginning to take full control, which was being felt by all at the DCBL Stadium.

The away side began to fire back towards the last ten minutes of the game, with three penalties in a row and a goal-line drop-out.

A resulting penalty was given after Joe Edge was caught with a high tackle, Owens passed back inside to the captain for him to ground the ball and convert his own effort.

Widnes Vikings now remain undefeated with back to back wins from Oldham at Bower Fold, and now Batley Bulldogs at home. 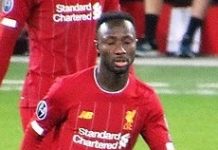 Widnes Vikings cruise into the Challenge Cup fifth round