There are just under three weeks until the V6 engines of Formula 1 roar back into life, starting in Melbourne for the 2020 Australian Grand Prix. Ahead of the vast regulation changes in the 2021 season, Formula 1 fans are in for a thrilling year where teams have their last chance to challenge Mercedes in the current hybrid era. Winter testing has already thrown up warning signs for some, whilst others have shown their early intent to challenge the established elite.

Ahead of the season’s beginning on the 15th March, MerseySportLive make their predictions for the year.

Since the 2014 regulation changes, Mercedes have established their unwavering dominance on the sport, winning six consecutive constructors championships. After an emphatic 2019 season, finishing 235 points above their closest challengers Ferrari, Mercedes will undoubtedly continue their consistently excellent form into the new season. Winter testing has already highlighted some excellent innovations for the new W11 car, most notably the new DAS (Dual-Axis steering) system, which enables the driver to change the degree of their tyres in order to control their temperature into corners. Additionally to the car, Mercedes still possess two of the hungriest drivers on the grid. Lewis Hamilton will be eager to match Michael Schumacher’s record of seven Driver’s Championship wins, whilst Valtteri Bottas will be more determined than ever to beat his teammate after a frustrating 2019 campaign.

Summary – The silver-arrows will continue their hybrid dominance, finishing first by another comfortable margin.

Following their four consecutive titles between 2010 and 2013, Red Bull have failed to put up a serious challenge for the Constructor’s Championship. Despite having possessed a catalogue of talented drivers within this time, including Daniel Riccardo and Max Verstappen, Christian Horner’s team have struggled to replicate the dominance of Mercedes. In 2019, however, there were impressive signs to signify an impressive upcoming season. Finishing on the podium in the final three races, including an incredible win at Interlagos for Max Verstappen, the Bulls finally appear to have found a way to play to their strengths. Winter testing is proving that their Honda-powered car is capable of seriously competing for a title charge, and this may be a possibility if they can find a consistent formula that works for them.

Ferrari have not won a Constructor’s or Driver’s Championship since 2007, leaving their vast fan base hungry for success. On paper, Ferrari possess a fantastic mix of both car and drivers, however the 2019 season highlighted issues which cannot be papered over. In just his second season of Formula 1, and his first for the Prancing Horse, Charles Leclerc provided much more impressive and consistent results than his four-time Driver’s Championship winning counterpart, Sebastian Vettel. The two clashed often on track, including public disagreements regarding strategy in Singapore. The most notable clash, however, was in Brazil, where Vettel’s stubborn approach lead to a collision between both drivers and resulted in retirement for both cars. Team boss, Mattia Binotto, will have a tough task to tame both drivers and keep morale high, but if he succeeds, it could result in a successful season to please their passionate but hungry fan base.

Summary – A disappointing winter testing thus far indicates a difficult season for Ferrari, but they still have enough pace to finish up in third.

Arguably the most likeable driver line up on the grid, Carlos Sainz and Lando Norris are an exciting partnership who have the potential to upset the current elite. This, when partnered with the ever improving car with its increased consistency, has all of the makings of a fantastic season for Mclaren. Eager to retain their status as one of the top teams, it is likely that Zak Brown will be committing a plethora of resources into ensuring that the 2020 is a successful one.

Summary – Best of the rest. McLaren will comfortably finish fourth with a few podium finishes along the way.

Similarly to Mclaren, Renault are looking to restore their status amongst Formula 1’s elite. Vastly increased levels of funding, shown through the recruitment of Daniel Ricciardo in 2019, prove the French team’s vision to break this mould once again. The 2020 addition of Esteban Ocon is an exciting one, replacing a Nico Hulkenberg who failed to live up to expectations. They will be looking to prove the doubters wrong and finish above Mclaren following their fifth place finish last season.

Summary – Consistency will be key for Renault, but they will lose out to McLaren once again. Ocon will be the surprise package of the season.

Racing Point are already making headlines in the 2020 season, with their RP20 car being criticized for its likeness with Mercedes’ 2019 W10. These similarities are already making a case for a successful season for Laurence Stroll’s outfit, with unprecedented success within their grasp. Keeping the same driver line up as last season, it will all be about applying this risky strategy properly and hoping that their drivers are up to the task of challenging not only the midfield, but also the existing elite.

Summary – Despite a car that should, in theory, be very powerful, the continuation of keeping the disappointing Lance Stroll (Laurence Stroll’s son) as a driver could prove costly.

Alpha Tauri, formerly Torro Rosso, have been rebranded with a new white and navy livery. Despite the lick of paint, however, it is still the same driving force behind the Red Bull sister team. Pierre Gasly, who was transferred back to this outfit halfway through the 2019 season after a disappointing stint at Red Bull, will be hungry to prove his talent to the world after this setback in his career. It cannot be ignored that Torro Rosso gained two podiums last year, a feat relatively unprecedented for a team in their position in the standings.

Summary – One position lower than last season, however only due to Racing Point’s emergence as a threat this season.

2019 was a very disappointing year for Haas, dropping four places in the Constructor’s Championship from fifth to ninth. Despite some early success in qualifying, and a 6th place finish in Bahrain for Kevin Magnussen, the American team struggled with reliability and driver errors throughout. Romain Grosjean will presumably have one last season to save his Formula 1 career, with that pressure being either make for break for the French-Swiss veteran.

Summary – A similar story to 2019 for Haas, with successful qualifying not transferring to results for Guenther Steiner’s team.

Similarly to Haas, frustrating inconsistency was Alpha Romeo’s downfall in 2019. They sat on only 35 points until the penultimate race of the season, including a double time-penalty in Germany, which demoted both drivers out of point-scoring positions. If the team can utilise both Raikkonen’s experience and Giovinazzi’s youth correctly, they may surprise a few and climb up the standings.

Summary – A lack of pace and consistency will see Alpha Romeo finish just above the foot of the table.

Desperate to repair their severely damaged reputation, Williams are a team with a point to prove ahead of the 2020 season. Already showing more structure than last year, the new FW43 is performing admirably in winter testing, already going over a second faster than in 2019. Scoring only a single point in 2019, the only way is up for the F1 veterans and with the F2 champion, George Russell, in their ranks, they have the potential to massively improve upon last season.

Summary – Despite a tenth place finish, Williams will begin their journey back to F1 competitiveness and score points more consistently. George Russell will perform admirably and perhaps earn a call up to a top team for 2021. 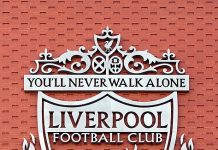 Liverpool’s first title in 30 years – does it “mean more” than any other?

Top 10 Everton players destined for the Premier League Hall of...