Liverpool U23s are through to the knockout stages of the Premier League Cup. A double from Joe Hardy, a late hat trick from captain Curtis Jones and the opener from Liam Millar secured a one-sided victory for the Reds.

Neil Critchley’s side were straight out of the blocks against Sunderland, taking control of possession and hitting the front inside three minutes.

Just like the senior team, the U23s fullbacks were camped in the opposition half. This time the threat came from left-back Tony Gallacher. He put a teasing ball in and Hardy slipped at the crucial moment. Still though, he attempted an overhead kick while on the floor which very nearly doubled the Reds’ advantage.

Liverpool knew before kick off that a point would be enough to send them through, but they played like a team in desperate need of a win. Sunderland had no answer to Liverpool’s relentless waves of attack.

Harvey Elliott thought he’d doubled Liverpool’s lead around the 15 minute mark. Gallacher was involved again, finding space in the area and forcing Patterson into a decent save. Liverpool worked the rebound to Harvey Elliott who finished well, only for the linesman to raise his flag.

Liverpool were utterly dominant in the first half. Pedro Chirivella looked to control the tempo of the game from the base of midfield. Allowing Curtis Jones to dovetail well with their attacking players.

Jones is the youngest ever captain of the Liverpool first team and he has all the hallmarks of a great leader. He led by example today, showing tremendous composure in possession in tight areas while remaining disciplined in his creative approach.

Adam Lewis was also highly impressive, the third member of the Liverpool midfield. 10 minutes before half time but his header was cleared off the line after a Liam Millar cross.

This wasn’t the last of the first half Liverpool chances though. The youngest Premier League player ever Harvey Elliott was the next to go close. A superb ball over the top from Chirivella landed on Elliott’s head and trickled agonisingly wide.

Liverpool were terrific in the first half. But Neil Critchley would’ve expected a bigger advantage going in at half time.

The pattern of the game from the first half carried on into the second. Three minutes after half time, Liam Millar skinned the Sunderland left back and put the ball on a plate for a Curtis Jones. The Scouser uncharacteristallly mishit his shot into the arms of the goalkeeper.

Soon though, the floodgates began to open. Ki-Jana Hoever gave the ball away in his own box and Joe Hugill’s shot was straight at Vitezslav Jaros.

It wasn’t long before Hardy added another to his tally.  An acrobatic volley finished off a lovely cross from Harvey Elliott.

Neco Williams would’ve made it four but for an excellent crunching challenge from Sunderland’s Jack Connolly. Moments later, Williams was replaced by Sepp van den Berg, hopefully a precautionary measure.

Eight minutes from time, Liverpool captain Curtis Jones picked up the ball 20 yards out and drove at the Sunderland defence. He skipped past one before checking back onto his left foot and lashing the ball home for 4-0.

Jones wasn’t finished there though. He bagged his second of the afternoon with a low curling effort from the left edge of the penalty area. A similar spot to his famous winner in the Merseyside Derby in the FA Cup..

5-0 and now Sunderland were begging for the full time whistle. But Liverpool had other ideas, straight from the kick off Liam Millar pinched the ball, forced his way to the byline and set up Jones for his hat trick.

The 6-0 scoreline didn’t flatter the young Liverpool side by any means. There was only one team in this from the first whistle. Liverpool restricted Sunderland to half chances, mainly down the throat of Jaros.

Neil Critchley and his side will be looking to go all the way and wrestle this trophy away from rivals and last year’s winners Everton.

What happened the last time a Football League season was cancelled?

What should happen to the 2019-20 Premier League season? 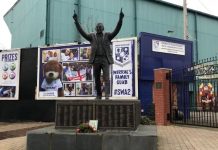 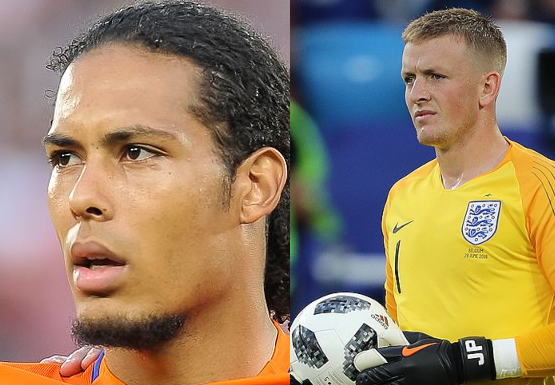 Klopp keen to put in a ‘proper shift’ against Genk tonight