So far this season there have been 99 injuries sustained by Premier League clubs.

Liverpool’s Joe Gomez is the latest player from Jurgen Klopp’s side to join a growing defensive injury list.

The injury comes days after full-back Trent Alexander Arnold sustained a calf injury during the reds’ 1-1 draw at Manchester City on Sunday.

After the match, both Jurgen Klopp and Pep Guardiola called for the five subs rule to be reinstated.

The Premier League have already rejected the proposal – twice.

What is the Five Subs Rule?

The rule was brought in when the 2019-20 top-flight season restarted in June, as the coronavirus pandemic stopped all football for three months.

It allows all Premier League teams to make five substitutions during a match within three designated stoppages during the match.

Why has the rule been rejected?

Many members of Premier League clubs feel that having five subs was unfairly benefiting the major clubs.

At the weekend Crystal Palace winger Andros Townsend rejected the calls from Klopp and Pep as he believes it favours the bigger clubs.

Townsend spoke on TalkSport on how even Pep and Klopp did not use their three subs allocated during the clash last Sunday.

“I watched that game – Pep made one sub, Klopp made two subs, one was enforced.

“So you desperately want five subs to protect the players but when it comes to it, you don’t even use the three you’re given?

“Not for me, it unevens the playing field, it’s an advantage to sides with bigger squads. 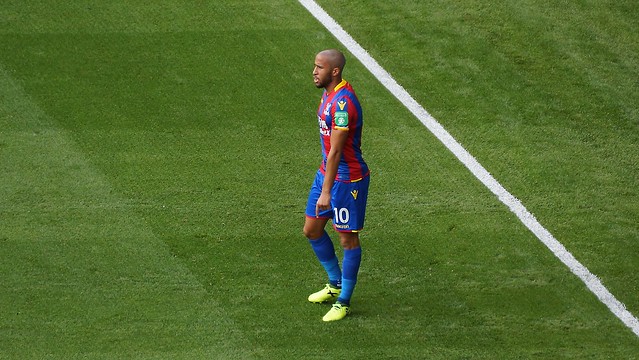 “So not for me, it’s fine the way it was, three subs have worked for many years and I don’t see a reason to change it.”

The argument from the elite clubs is that with the extra European commitment, the five subs are to protect their players from injury.

Injuries have taken their toll

Jurgen Klopp’s side now face at least a month and half with only one recognised fit senior centre half in Joel Matip and even he has faced injury issues this season.

The increased schedule has not been kind to the elite clubs with European competitions.

Liverpool have played 13 games already this season, along with two international breaks that have seen players leave their club to partake in a packed international schedule.

Top elite players could be playing three international fixtures on the back of playing for their club side for a month.

Ake pulled his hamstring just five minutes into the Netherlands’ friendly with Spain on Tuesday evening.

Should the five subs rule come back into place?

The five subs rule divides opinion massively but with what 2020 has thrown at elite sport it makes sense to implement stopgap rules to steady the ship as it were.

England are the only major competition to return to the three subs rule during the Coronavirus pandemic.

There is a danger that English football could suffer in the league with the standard of quality but also the players themselves can become broken not just physically, but mentally by the demands of elite level sport.

There is also a possibility that elite English clubs could suffer in Europe too.

Despite all the English clubs doing well in their respective European groups there still is that fatigue and tiredness that looms over the players.

A reality check may need to go out to the Premier League as in a season where it is as unique as ever, there has to be a sense of humanity.

The law makers need to recognise top elite sportsmen are still human and that the use of five subs now, can benefit English football in the long run.