Northern Premier League Marine have announced an agreement to join forces with Elite Sports Academy in a rebranded youth football and education partnership that will now be known as Marine Football Academy.

The two organisations have worked together since 2017 and following that success have reached an agreement to extend the relationship over the next two seasons including the rebranding that will take place immediately.

The announcement comes after Marine’s journey to the Third Round of the Emirates FA Cup where they faced Tottenham Hotspur and raised over £320,000 from virtual ticket sales.

The club announced last week that they would be installing a new 3G pitch at their stadium for community use.

Elite Sports Academy has previously managed the 16+ education programme for the Marine Under-19 youth team competing in the National League U19 Divisions and FA Youth Cup.

This rebranding will align Marine Football Academy with the club ethos giving the academy players a stronger foundation to build on for their future.

Marine will now operate a fully functioning academy elevating their previous provision to new heights and give the academy players the best possible opportunity to improve their skill set and emulate the heroes of the first team.

“This has been a fantastic time for Marine in which the whole country, and beyond, has been captivated by the FA Cup exploits. This decision to further enhance the academy provision shows the direction and ambition of our football club.

The newly formed Marine Football Academy will give the best 16–19 years old players in the area a chance to train full time and give them a pathway into semi-professional football.

Creating Marine Football Academy aligns our objectives and means we can work more efficiently delivering a full-time football academy programme which will massively benefit our young players. Our excellent education programme will continue to be delivered offering a host of pathways for our student footballers including university and international scholarships.”

“The rebranding to Marine Football Academy at this particular time makes absolute sense with the student proposition being that more attractive in addition to the pathway to our senior teams playing in the West Cheshire League and the Northern Premier League.

I am delighted that the changes announced reinforces the working partnership that Marine has with Elite Sports Academy who will manage the Marine Football Academy and provide the tutors and coaching staff to deliver what is an excellent football and education package providing so much opportunity for our young footballers.” 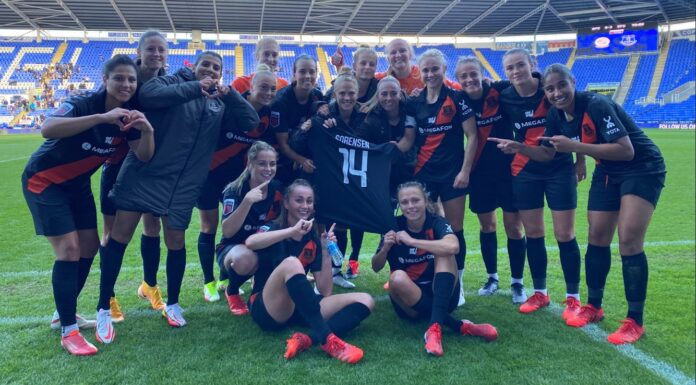 WOMEN’S FOOTBALL: Wins For Everton and Liverpool on dominant Sunday

Klopp knows Inter Milan will challenge ahead of Anfield leg

The Inclusive Hub in Kirkdale helping people of all abilities