Typically, when a 39-year-old cricketer is picked for a tour of Australia people take notice.

However, in the case of Lancashire’s James Anderson, it is merely the norm.

The England stalwart’s place on the tour was officially confirmed this week – but in reality, it was never in doubt.

But then Anderson is not your typical cricketer.

Our #Ashes squad is out…

Should he play in three of the five tests, which he is very much expected to, then he will surpass Australian greats Steve Waugh and Ricky Ponting’s number of caps and be second only to Sachin Tendulkar in the all-time list.

The Burnley Lara still has some way to go to overtake Tendulkar but who are we to rule him out?

Anderson has played 41 Tests since turning 35 – an age where most fast bowlers are already thinking about life after cricket.

Not only is Anderson still playing however, he’s also still England’s best bowler.

In 2021, he averages an impressive 23.40 with the ball and has continued to add to his plethora of five-wicket hauls.

Plus, his miserly economy rate of 2.21 is the lowest it has ever been in a calendar year.

That being said, England have played the majority of their cricket at home this year and Anderson has had the assistance of a fairly bowler-friendly English summer.

Australia will be a completely different animal and the Lancashire man knows that.

Anderson’s bowling average and strike rate are higher in Australia than they are in any other country and it wasn’t until the tour of 2017/18 that Anderson managed, with a little help of the pink ball, to register a five-wicket haul down under. 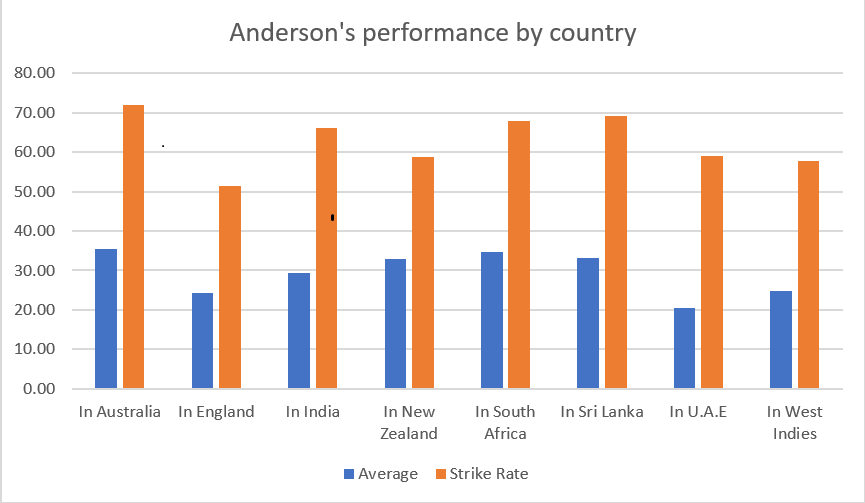 For all Anderson’s continued excellence in the latter stages of his career there have been some question marks over his performance in the second innings of matches.

Question marks which are reinforced by statistics.

Contrast that with his 55 first innings’ wickets in that period and it is clear to see that the 166 Test matches are beginning to take their toll, even on the most relentless and professional of characters.

The hard, flat, unforgiving Australian wickets will only pose further questions of Anderson’s durability as well, especially as England will have to protect injury-prone Mark Wood at all costs as the only express pace bowler on the tour.

Fast bowling in Australia is gruelling no matter your age and it is crucial that England’s top order can provide some respite for Anderson & Co. by batting long.

However, there is nothing from England’s recent performances to suggest that respite will come, and if England’s reliance on Anderson with the ball is worrying then their reliance on captain Joe Root to score runs is the stuff of nightmares.

Root’s 1,455 runs this year are the most of anyone in world cricket but the teammate nearest to him is Rory Burns on a modest 479.

Between them Burns, Hameed, Malan and Pope have five test match centuries; Root has six in 2021 alone.

All of this suggests Anderson isn’t going to get the time he needs to rest his ageing body and the England great can expect a hostile time of it when he does get to the crease, courtesy of a lethal Australian pace attack featuring the likes of Pat Cummins and Mitchell Starc.

In his glittering 18-year career on the international stage, this tour could well be his toughest test yet.

But if anyone is equipped to deal with it it’s the most successful fast bowler of all time.