Leicester Tigers coach and rugby league icon Kevin Sinfield is putting his body on the line for his friend, Rob Burrow.

The former Leeds Rhinos and England rugby league captain has embarked on a challenge to run 101 miles in just 24 hours.

And at Headingley he will be greeted by his former teammate and close friend, Rob Burrow who was diagnosed with Motor Neurone Disease in December 2019.

Burrow has now lost all major bodily functions, such as walking and talking.

Since his diagnosis, people from across the rugby league community have shown their support, but no one more so than his former captain, Sinfield.

Just wanted to wish my mate Kev all the luck in the world with his next crazy challenge. You know he is a good one when he is prepared to put his body and well being on the line again for his little mate. Go careful mate and see you at the finish line x

Sinfield won’t be alone during his run, however.

Former teammate Gareth Ellis and journalist Alistair Campbell are just a couple of big names expected to join ‘Sir Kev’ at different stages of the run.

“It adds to the drama and makes it more difficult.

“To get people to understand what people with motor neurone disease are really going through, you’ve got to show that you are prepared to take your body to uncomfortable places.” 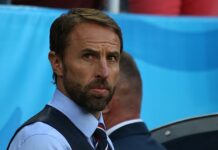 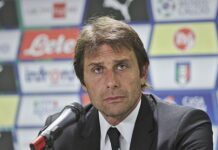