“We will have more young boys travelling with us tomorrow in the squad,” Klopp said.

“They are only with us because they have the quality for us to play the way we want to play.”

Rotation has been a big theme for the Reds in the Champions League since booking their place in the last 16 against Atletico Madrid.

“We will make changes but it’s always like this,” Klopp said.

“If you can bring in fresh legs, you will have more energy in the game and that’s the idea behind it.

“We want to field the best possible side for the situation that we are in.

“We’ve played five games in the last 15 days, which is a lot. Now we have to play after the Milan game again.

“We have to make the right decisions.”

Klopp also confirmed Divock Origi is likely to start against Milan, after his heroic last-ditch winner against Wolves.

“It’s pretty likely,” Klopp said. “If you are not a starter for Liverpool, you can still be a world class player.

“Everyone was overly happy when he scored the goal against Wolves, not only because it was scored but that he scored.

“It’s one special thing in his skillset,” Klopp added. “It’s not like he can only come on and score late.”

Origi has a long history with the Champions League. He scored against Spurs in the 2019 final.

He also bagged a couple of goals against Barcelona in one of the most memorable European nights at Anfield.

“One of the biggest games in history – against Barcelona – he started,” Klopp said.

“He’s a very positive person and he’s incredibly talented. He can shoot with right and left.

“He’s got a really interesting package. It doesn’t mean you’re a constant starter though because of the quality that we have.”

That quality in the Liverpool squad is the key to winning trophies, according to Klopp.

“You can only win things with a fantastic squad,” he said.

“We are happy with the squad we have. We have known each other for a long time and we love to work together.

“Our football looks much more mature than in the past and the boys have a very good relationship between each other.

“We play and we train,” Klopp added.

“Plenty of times I have said that I’d love if we could train more often because then we could play more intense.”

Klopp also touched on Mohamed Salah’s contract situation but he insists things like that take time to sort.

“We are talking,” Klopp said. “Extending a contract with a player like Mo is not something you do in an afternoon.

“I can only say a few things, the rest is not for the public. Mo is fine. I’m fine. Things like this need time. That’s it.” 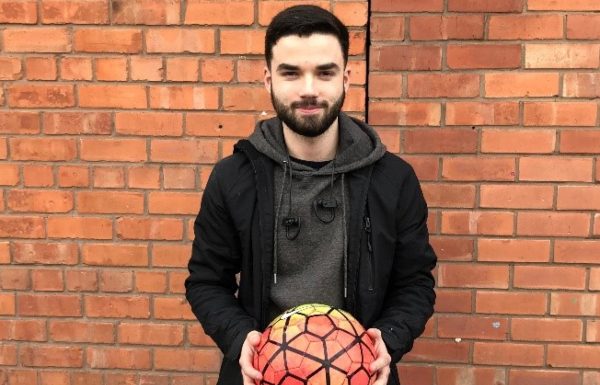 Heartbreak for Neal Skupski in the Monte Carlo Masters final

Six Nations: Round 3 review and reflection

Encouragement for Tommy Fleetwood ahead of Players Championship