Liverpool signing Darwin Núñez would be the perfect reaction to Manchester City’s acquisition of Erling Haaland.

However, Sam McGuire from Twenty3Sport suggests it is simply a result of the Reds’ well-planned scouting approach rather than an impromptu reaction.

His underlying numbers wipe the floor with Mohamed Salah, Sadio Mané and Diogo Jota’s pre-Anfield numbers, which supports this conclusion.

There is an obvious caveat, the fact he plays in the Portuguese league, where he scored 23 and assisted four goals in 27 games.

However, he had the best minutes per goal ratio in Europe’s top six leagues last season, scoring every 76 minutes, better than Haaland (87) and Robert Lewandowski (84).

He also scored six goals in 10 UEFA Champions League games this season, showing he can perform on the biggest stage.

The Colombian hit the ground running in January with three goals and four assists in 13 league games.

Liverpool fans caught a glimpse of the Uruguayan in their run to the Champions League final.

In their Quarter-Final clashes, he scored a typical poacher’s goal in Lisbon, before bypassing the Reds’ high-line in the return leg at Anfield.

Virgil Van Dijk has already given his potential new teammate the seal of approval.

He picked Núñez in his toughest opponents alongside the likes of Sergio Aguero, Kylian Mbappe, Lionel Messi and Haaland.

The Dutchman highlighted the similarities between the new Man City man and his potential new target man.

“A bit similar, very direct, quick, tall, strong and it is quite difficult to play against those guys,” he said.

Their numbers are very similar too.

“He [Núñez] has all of the tools to succeed,” he said.

McGuire acknowledges that the 22-year-old is raw, but labels him as “a high risk signing but the reward makes it worthwhile.”

How will he fit into Liverpool’s system?

His game is multi-faceted – a focal point as a 9, or a nuisance on the wing.

At centre-forward, his strength allows him to pin defenders deep and he uses his speed to run in behind.

He thrives on attacking diagonal balls played in behind the opposition defence.

Composure and natural instinct allow him to react quicker to the types of passes Trent Alexander-Arnold and Andy Robertson excel at.

However, it is his finishing, movement and positioning that sets him apart as one of the most promising attacking talents in Europe.

From the left, his speed and power allow him more space to run at defenders and create space for teammates.

He likes to cut inside and shoot across goal, or blindside the full-back at the back post.

His passing figures have been called into question. He completed 67% of passes and attempted 19 per game in the Primeira Liga.

In comparison, no Liverpool player was below 74% or 29 passes. (@rwohan, ESPN)

This suggests it will take some work on the training ground to get Núñez’s build-up play to the level required.

The signing suggests a tactical shift to a more orthodox striker rather than a false 9.

Also, potentially a formation shift to a 4-2-4 or a 4-2-3-1, with the likes of Roberto Firmino, Fabio Carvalho, Harvey Elliott or Curtis Jones in the #10 role behind him.

His versatility is a huge bonus, and would have definitely been a reason why Julian Ward and the recruitment team like him so much.

It means that Klopp could stick with his favoured 4-3-3, whilst mixing it up with Nunez left or central.

That flexibility offers the German a new ace up his sleeve from a tactical perspective.

In conclusion, Liverpool supporters should be excited about the next phase of the Klopp era.

Ultimately, sanctioning a £60 million+ move for a 22-year-old tells you all you need to know.

The title race should be very interesting once again next season.

It could come down to whichever forward starts firing first. 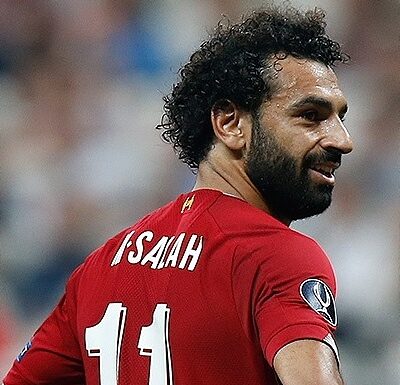 Widnes back to winning ways

Five Grand National moments that will never be forgotten

The rise of Gaelic Football on Merseyside