A cold afternoon on the Wirral was heated up after an exciting 2-2 draw between Tranmere and Wycombe in the FA cup.

This fixture like all others this weekend started with a minutes silence to mark remembrance Sunday. Both teams picked up a win in their last league match before today and would be looking to progress in the cup with both managers fielding strong teams.

Wycombe kicked the match off but quickly lost the ball to Tranmere who were rewarded with the games first set piece in a corner. The set piece was easily dealt with but led to a great Tranmere chance which ended up with Morris hitting the post.

Tranmere who have struggled this season looked really up for this one and in the early minutes with winger Jake Caprise and Forward Hepburn Murphy who bagged 3 on his last outing looking lively.

Wycombe worked the ball up the pitch with Aarons and earned a free kick right on the edge of the area. The set piece was hit by Joe Jacobson who looped the ball over the jumping wall, past the keeper and into the top right of the goal in the 26th minute. Scores levelled 1-1 and Despair for Tranmere who up to this point had looked the better of the two sides.

The goal seemed to wake Wycombe up who started playing like a team second in league 1. More good work from Aarons who skilfully gets past his defender and whips in a tasty ball to Alex Samuels who hits the ball wide for a goal kick.

Scott Davies took the goal kick and with the referee’s whistle blowing the first half ended with the teams level.

The players emerged for the second half with no changes to the line ups. Wycombe ultimately looked on top creating some great chances and looking the most likely to score.

And, the deadlock as many would have predicted was put to an end by Wycombe’s Alex Samual in the 53rd who after some very scrappy play in the box managed to poke the ball just past Davies glove into the bottom left corner. Wycombe led 1-2

Wycombe still looked o top threatening to make it 3-1 with plenty of time and chances and the game looking to be slipping out of Tranmere’s hands.

Then on the 67th minute after a break up the pitch Kieron Morris added another to his tally hitting the ball low and hard into the right corner levelling the game once again. 2-2

A few great chances for Wycombe as they’re allowed to send balls in to the box one of which requires a great save from Davies who just managed to tip the ball over the bar in the closing minutes.

It looked like this draw would be going to a replay with neither team ahead in the last minute until, Ferrier broke charging down the right side with Blakett Taylor next to him who if passed to was through on goal. Blakett took his time with the pass and because of this the move died.

Wycombe cleared the ball and the referee blew up ending the game 2-2 meaning a replay in two weeks time. 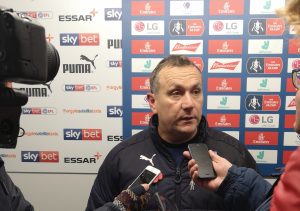 Mickey Mellon pleased with his sides performance said ” The most important thing for Tranmere today is that we left with our name still in the hat. But ultimately we wanted to win.”

When asked about having a stronger bench with injured players retiring he said “being able to bring the players of the bench we want to, the game changers enable us to bring on a different type of threat which will change the shape a little bit which we work hard on.” 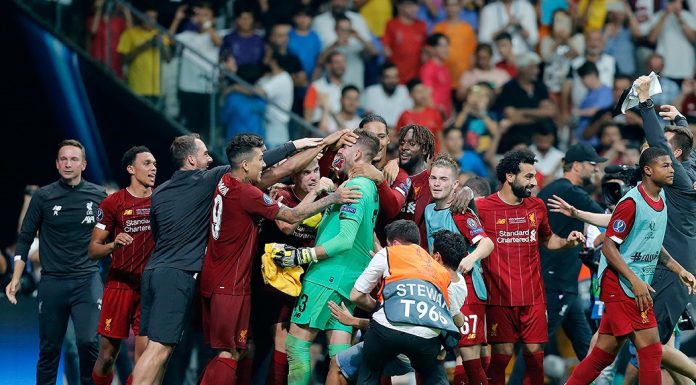 Get Ready For The BSB Finale