Tranmere Rovers may well be one of the few English football club’s hoping for a cancellation of the 2019/20 season, given their position in the Sky Bet League One table.

However, if the season was to get back underway a few weeks or months down the line, is it possible for the Super White Army to avoid relegation and keep hold of their third tier status?

If this question was asked to any Tranmere fans just over a month ago, even the most optimistic of supporter would surely have succumbed to an “afraid not” attitude, as the Wirral based side languished eight points shy of safety.

On the 22nd February, Micky Mellon’s side made it 11 league games without a win, after falling to a 3-1 defeat away to promotion hopefuls Wycombe Wanderers.

With only 5 league wins all season, and without any since the turn of the new year, Tranmere looked all but set to follow fellow strugglers Southend United and Bolton Wanderers down to the Sky Bet League Two.

Fast forward three weeks later however, and it was a different picture down at the bottom.

Three league wins on the bounce has moved Tranmere to within touching distance of the safety zone, with a game on hand on AFC Wimbledon, who sit one place and three points ahead in that final place outside the drop zone.

The first of the three victories came away to Shrewsbury Town, after a last minute strike from winger Corey Blackett-Taylor gave the visitors all three points in a 3-2 win.

Mellon’s men pulled off another away victory in their next fixture, this time in a trip to Accrington Stanley, with on-loan forward James Vaughan getting on the scoresheet in a 2-1 triumph.

The former Everton striker got on the scoresheet once again three days later, as Tranmere made it three away victories on the bounce, this time defeating Blackpool by two goals to one.

A crucial three points for Micky Mellon as his side continued their great form, but a poor start to former Liverpool under-23’s manager Neil Critchley’s reign in charge of the Seasiders.

That was to be Tranmere’s last outing before the postponement of English football due to the outbreak of the coronavirus, and it couldn’t have came at a worse time for Rovers’ supporters.

Furthermore, the Super Whites were scheduled to take on fellow relegation candidates AFC Wimbledon, Rochdale and MK Dons in their next few games, as well as a home tie against Lincoln City, who are still looking over their shoulders in 15th position.

Besides, it would have been a perfect time to have faced these sides, given Tranmere’s recent good form on the pitch, as they would no doubt have carried momentum over to these crucial set of fixtures.

Vaughan will be disappointed with the halt to footballing action as well, as the forward was on great goal-scoring form, notching three in his previous four appearances.

Despite the miraculous turn of form, it is still up in the air whether we will get to see if Rovers’ pull of the “great escape”, as there has still been no decisions made regarding what will happen to the 2019/20 season.

Fanatic football fans from across the country will no doubt be craving the return of domestic action (especially Liverpool supporters), however some fan-bases will be hoping to see the campaign declared “null and void” due to the ongoing pandemic crisis.

This looks increasingly more likely as time progresses, and the board down at Prenton Park may have already given up hope of completing the season, that is if their pitch is anything to go by.

I’m going to hazard a guess that Tranmere aren’t expecting the season to restart any time soon… pic.twitter.com/EcKNl52jVb

It’s an interesting dilemma for Tranmere supporters, as some fans will be looking for an abrupt end to the season, in order to guarantee their status as a League One club for another year.

However, there will also be some parts of the Rovers’ faithful hugely anticipating the return of three o’clock kick-offs on a Saturday, as they crave their footballing fix.

There will also be a ton of neutrals (myself included) who will be hoping to see the Sky Bet League One return to action, in order to watch the drama unfold as the business end of the season comes into full flow.

Tranmere’s run of three back-to-back away wins has set up a great finale to the campaign, and it would be a real shame if the season was to end, as it would deprive footballing fans of an intense relegation battle.

One thing for sure, no matter what outcome is decided by the EFL, somebody will no doubt be enraged by the decision, and Rovers’ followers may well be divided in their opinions.

Let us know your ideal outcome to the season in the comment section down below. 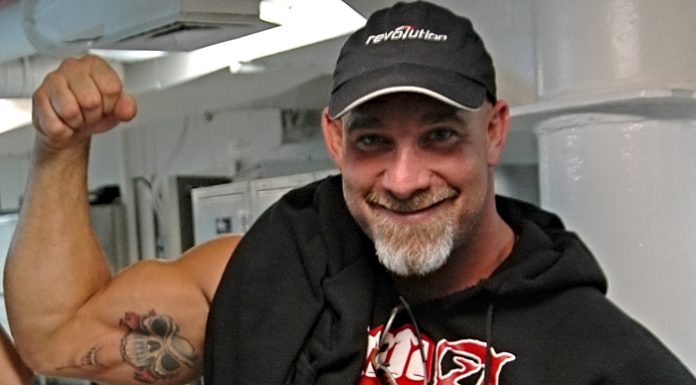 GOLF: What does this season have in store?

Five fights that would push Molly McCann towards UFC gold

Fowler and Billam-Smith shine on undercard