Liverpool were on the cusp of claiming their first Premier League title in 30 years, until the Coronavirus pandemic halted the season.

Until that point, all we had heard all season is this “means more” than others.

Just because fans have waited three decades doesn’t mean this is more important than it was to Leicester fans who lived a fairytale four years ago.

So we want to find out why it meant more.

Liverpool fans seem to believe they support their club more than other team in the world and this does mean more because they’re Liverpool.

One father and son duo are travelling Liverpool fans.

He has never seen his team lift a Premier League title and to him the pain and suffering of not lifting one for so many years is reason for it meaning more.

He said: “When you see your rivals do it for so many years like we have and coming so close like 2014 it does mean more we’re the biggest club in the world and to go so long and with the support we’ve given we deserve it.”

When quizzed on what pain and suffering really is in football, with examples like Bury and Bolton, is winning Champions Leagues and Cups really that?

“Our suffering is seeing United winning it so often and them taking away our record and to close within one of them and stopping a dominant City team – that’s why it means more.”

And Leicester winning the league under Ranieri in 2015/16, was “a one off” says James.

“They never expected to so it was nice for them and probably a dream but a team like Liverpool you expect it – and I have been expecting it for years.”

His father Alan, 51, has a very different view.

He understands why it might irk fans of other teams but isn’t against the term being used due to the annoyance of other fans.

He said:  “I can understand that it started out as a term used by fans.

“Considering I was James’s age the last time we did do it, it has been a while and when we do it, whenever that is, it’s going to be sweet.

“But to say it is means more is probably not true – any team would love to win the league and each and every fan would celebrate as hard as any other.”

He now thinks it’s just a marketing ploy with banners, t-shirts and adverts!

“It is now obvious it has been taken away from the fans and the club are using it to boost sales in merchandise.

“I wish it was still something the fans had but the pencil pushers and businessmen above have taken it and used it to create a brand and that is all it is now.”

So do they think the season should be completed? Unsurprisingly they are in favour.

James said the whole city would go up in arms if the season was voided.

“There would be riots! We’ve lost one game out of 29. We deserve this, we’ve waited so long, it means more.”

So is the “means more” statement just a silly marketing gimmick now printed on banners and videos on social media channels?

With their kit brand making an advert about it, there is a sense it’s become about making money from a situation.

The club’s motto “You’ll never walk alone” is one of the most famous in world football.

It doesn’t need to be remembered for a very different one which smacks of a marketing ploy. 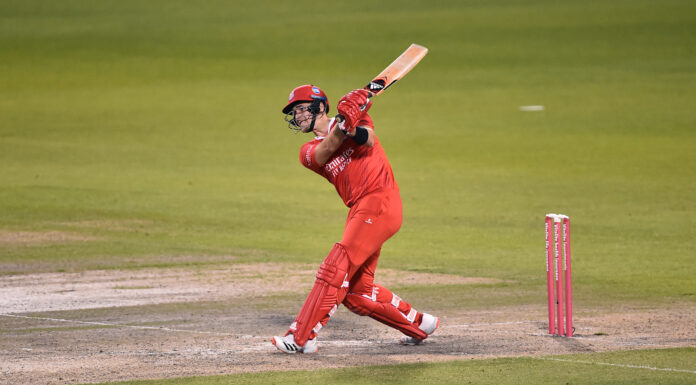 Which free agents could Liverpool bring in?

A buoyant team leaves Snetteron with a brace of points and its first podium...

On this day 2012: Manchester United 4-4 Everton: The thriller that put Manchester City...