The coronavirus has rocked the world of sport.

It has knocked the one and half hands Liverpool had on the Premier League title off.

But could a new plan from the Premier League save their title dreams?

One idea being considered is a “World Cup style” group camp of games.

Teams would be placed in groups across London and Midlands basically on lockdown and play matches every few days similar to a World Cup group stage and all 92 matches remaining would be televised.

This could change the way we consume sport.

Fans love a World Cup or Euros when they can sit on the couch from midday until late at night watching all the thrills of the beautiful game with four or five games a day.

This plan from the Premier League could bring a similar style of viewing but without the crowd.

Will it be as thrilling as entertaining or nothing more of a training ground kick about?

It could easily become boring.

With training pitches such as St George’s Park being considered it would be more like going to the park to watch a local Sunday league club instead of watching the world’s elite.

People with common sense sit in the camp “lets just put football on the backburner” until we are ready as a country to host events again.

There are so many problems and little things still needed to be figured out.

The main reason why matches being played in this way is a bad idea is simple – without fans, football is nothing.

Take the last few European matches played before the season was postponed – they were dull, like watching a Sunday league match in an empty hollow theatre.

Without the fans, it’s flat. They create the tempo of a match when they roar their team forward. You have the Kop or Stretford End sucking the ball in the net… with no one present it will be slow sluggish and boring.

The plan to have teams in camps to isolate them from the outside world sounds good in principle.

But give it some thought and you can see it is going to be so hard to plan and execute.

It’s not just 18 players and a manager – there are coaches, physios, chefs and others.

The Premier League will need to figure out how to isolate 50-60 people per team – and then there is the TV crew who would need to be isolated along with hotel staff at each camp.

It just doesn’t seem feasible to keep all these people in lockdown throughout the day, especially when a third of positive virus cases are from the capital.

With the NHS already stretched trying to deal with the pandemic, why should the government position paramedics at these non-essential events.

If the worse did happen and a player sustained a serious injury, they would be taking up a bed in a hospital and be taking away doctors from people who could be suffering from Covid-19.

Football commentator Derek Rae said: “This would be like dancing on a highwire, knowing one slight misstep ends the whole experiment. There are more important things than football, much as we love it. It’s non essential.”

Everyone wants football back sooner rather than later.

But with the health of so many at risk it should not be brought back like this.

When it is finally back it will feel so special and right – and this just doesn’t. 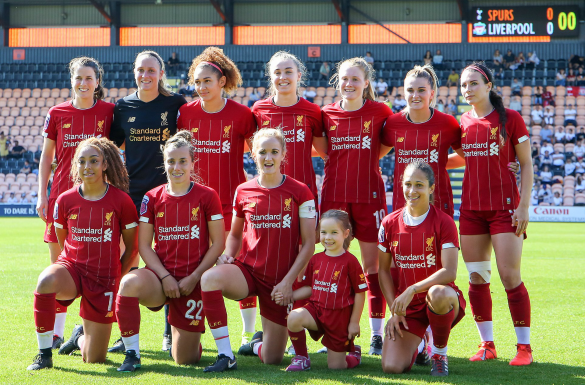 Liverpool Women lose ahead of derby clash at Anfield

The Five Years of Jurgen Klopp

3 alternative sporting activities to try in Merseyside this summer.

Widnes Vikings cruise into the Challenge Cup fifth round