Liverpool loanee Paul Glatzel has contributed to more goals in all competitions than any other player at Tranmere this season.

A goal and an assist against Bristol Rovers on Saturday means he has overtaken midfielder Kieron Morris as their leading goal provider.

Glatzel made his first league start for Tranmere since August on Saturday when they travelled to the West Country to face Joey Barton’s Bristol Rovers.

He now has three goals and three assists in his short time at the club.

His equaliser against Bristol was his first goal in the league.

He has more goal contributions than any other player in the squad this season. #SWA #TRFC

His other two goals came as Tranmere stormed back from 2-0 down to beat Oldham in the Papa John’s Trophy at the start of November.

Tranmere boss Micky Mellon has seen Glatzel making progress over the last few weeks and is happy that it’s translating onto the pitch.

“He’s had to get up to speed with League Two football, it’s a big step up from under-23s.

“[Glatzel] has showed some character and real determination and desire to make his loan move a success.

“It was no surprise to me that he went out and played the way that he did.

“I was really pleased for him and he got a good goal and a good assist. He can be proud of his day’s work.”

But that determination his temporary manager mentioned is clear on the pitch.

He set up Calum MacDonald against Bristol with a pass that Mellon labelled “different class”.

Glatzel then scored the equaliser for Tranmere in the last 15 minutes as they salvaged their first point in League Two since the middle of October.

Team-mate Nat Knight-Percival was full of praise for the 20-year-old loanee after the draw against Bristol.

“He works so hard in games for us,” Knight-Percival said. “He’s like that day-in, day-out in training.

“He’s got his rewards with an assist and a goal, it’s the least he deserves.”

Tranmere have a quick turnaround in the league.

They are back in action tomorrow night (Tuesday November 23) as they welcome Bradford City to Prenton Park.

Liverpool fans will be hoping Glatzel’s performance at Bristol will keep him in the team as he looks to kick on and make the most of his season-long loan move.

This article was first published in the Liverpool Echo. 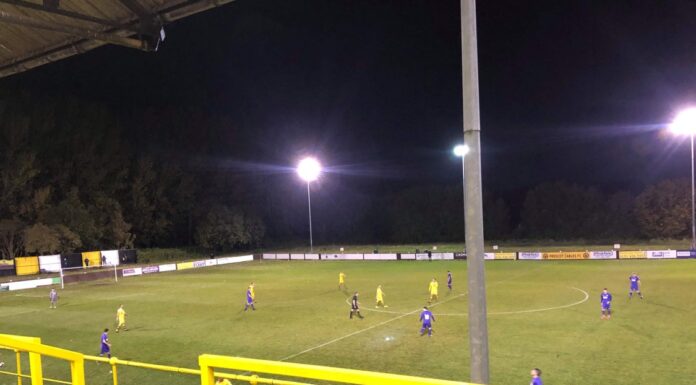 Grand National: When a stag do ended up in Aintree’s press box!

Liverpool drawn away to Benfica in UEFA Youth League

Who’s next for the Tranmere Rovers job?

Paralympian Nathan Maguire calls for more funding ahead of Tokyo