Lancashire’s Saqib Mahmood caught the eye on his test debut as England drew the second test with West Indies in Barbados.

After a series opening draw in Antigua, both sides were hoping to take the lead in the second test.

But “a lifeless pitch” resulted in a first test draw at Kensington Oval in 11 years.

This did not stop England’s newest test bowler from making his mark in Barbados.

After England set a mammoth first innings total of 507-9d (Mahmood not batting), it was down to England’s bowlers to extract more out of the pitch than their counterparts.

In the baking heat in Barbados, Mahmood had his moment.

A reckless shot from Jason Holder in the latter part of Day 4 required a good catch from fellow debutant Matt Fisher at mid-on.

Lancashire’s Mahmood then doubled his wicket tally as he had Veerasammy Permaul pinned LBW to bring an end to the innings.

A reflection of the Lancastrian’s mentality was evident when he spoke to ESPNcricinfo at the end of day 4.

He said: “You want to be the guy the captain throws the ball to. To break partnerships and take wickets.

“That’s the stuff I get satisfaction from. On green seamers, every seamer feels in the game but on ones like this, I really want to be a guy who can stand up and break a partnership.”

The onus was on England to set up a result-inducing encounter with the home side.

After unsuccessful opening spells from Fisher and Chris Woakes. Joe Root threw the new (ish) ball to the Lancastrian quick who did not disappoint.

Mahmood had Shamarh Brooks dismissed in first over, inducing an outside edge from the Barbadian man which, after a parry from Zak Crawley in the slips, lead to a comfortable catch for captain Root.

The Lancashire man then sparked more life into England as he caused yet another outside edge from a West Indian batter.

This time the man was Nkrumah Bonner. A ‘hit the pitch’ length caused a healthy edge which was safely pouched by Root at 1st slip.

The seamer continued to pile on the pressure alongside Jack Leach (3-36).

However, contributions from Josh Da Silva (30* off 63) and once again a resilient Brathwaite (56* off 184) meant the second test concluded to a frustrating draw.

Mahmood bowled the most overs of the England seamers as he recorded even better figures of 8 overs, 2 maidens. 21 runs, 2 wickets.

After the game, Nasser Hussain was full of praise for the Lancastrian.

He wrote in his MailOnline column: This was a good debut. He has shown he is someone that England should be persevering with.

“The lengths he produced on the final day in Bridgetown were excellent.” 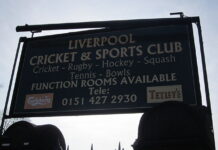 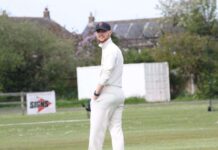