The Vikings sit fourth in the table after going unbeaten in their first four matches but were defeated by Barrow Raiders and York City Knights in the last two rounds.

Newcastle will be hoping to gain momentum after a hard-fought 24-22 away win against Dewsbury Rams last time out.

Widnes head coach Simon Finnigan was disappointed at his side’s performance against York and said:

“I take responsibility for what we did today and that falls on me because it’s not good enough.”

“Every team wants to play against us coming out of trouble at the moment because we don’t want to defend.”

“We’ll work on it, and we have to fix it because until we do we’ll struggle to keep teams at their end.”

The game against Newcastle will see the return of some familiar faces, including ex-Widnes players Jay and Ted Chapelhow and ex-coach Denis Betts.

Betts, Director of Rugby at Newcastle, coached Widnes for eight years including their stint in Super League from 2012 to 2018.

The home side will be expecting their biggest attendance of the season after issuing over 1000 tickets to fans.

The travelling Widnes side may see the return of Danny Craven and Lloyd Roby.

Craven picked up an injury against Halifax Panthers and missed the Vikings’ last four matches.

Roby was not available for the York game but is fit for selection after recovering from a minor injury.

Levy Nzoungou and Shane Grady both remain in the rehabilitation process having picked up long-term injuries at the start of the season.

Ollie Brookes also remains out of the squad with a hamstring injury which he picked up in his side’s Challenge Cup tie against Leigh Centurions.

The Vikings urge fans to continue their fantastic away support this season and are giving back to them through the Bristol Street Battle.

Widnes fans have the chance of winning a Nissan Micra with a current value of £14,500.

More information can be found on the Vikings website. 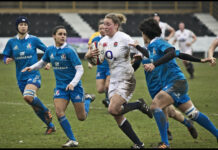 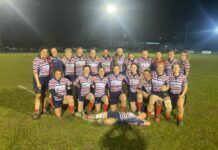