This Sunday marks the 203rd meeting of the two biggest clubs in the English game, it’s Manchester Utd v Liverpool. This North-West rivalry has rumbled on for decades and in this one the pendulum has swung relentlessly.

This time it’s with Liverpool, and Jurgen Klopp’s side head to Old Trafford with the opportunity to equal the all-time Premier League record of 18 consecutive wins set by title rivals Man City in 2017. Having won all of their eight league matches so far this season, the form book doesn’t hold much cause for optimism for Man United. They go into this one with no wins in their last five games in all competitions and a rather unwelcome injury list for the under-pressure Ole Gunnar Solskjaer.

His side sit 12th, just two points above the relegation zone with only two wins from 8 games. Whereas Liverpool are setting the early pace at the top of the table, eight points clear of champions Man City in as many games. United will be desperate to dent Liverpool’s title hopes as the only team not to go onto win the title after winning 9 games at the start of the season was actually Man United themselves. When they won 10 straight games at the start of the 85/86 season in the old First Division, they eventually finished fourth.

The Man United manager confirmed earlier this week that the Red Devils will be without midfielder Paul Pogba and most likely Spanish stopper David De Gea too. Anthony Martial is likely to return from a muscle injury while Jesse Lingard, Luke Shaw and summer signing Aaron Wan-Bissaka all remain doubts as well as Mason Greenwood, Phil Jones and Diogo Dalot.

Liverpool, on the other hand, have returned from the international break in relatively good health as first choice goalkeeper Alisson Becker and Joel Matip both returned to full training ahead of the game. Naby Keita will hope to play some part as he looks to build on his fitness after staying behind during the international break, but Xherdan Shaqiri is still out with a muscle problem. Although Jurgen Klopp says there is a late decision to be made on the fitness of Mo Salah.

Neutrals will be hoping for a sea change in this fixture, with goalless draws making up four of the last six Premier League encounters. Jurgen Klopp will be eager to get his first win as a manager at Old Trafford having failed on three previous occasions, drawing twice and losing once. The last time the Reds beat their arch-rivals on away soil was back in 2014 under Brendan Rodgers, two Steven Gerrard penalties and a goal from Luis Suarez sealed the win for Liverpool.

United can become the first Premier League team to reach 2,000 goals if they notch two or more on Sunday, this is easier said than done though for a side who haven’t scored more than once in any of their last 10 domestic fixtures. Add in the fact that they come up against a Liverpool side with the least amount of goals conceded this season.
Solskjaer will be hoping lightning doesn’t strike twice as it was a 3-1 defeat to Liverpool last season which proved to be the final straw for Jose Mourinho and led to his departure. 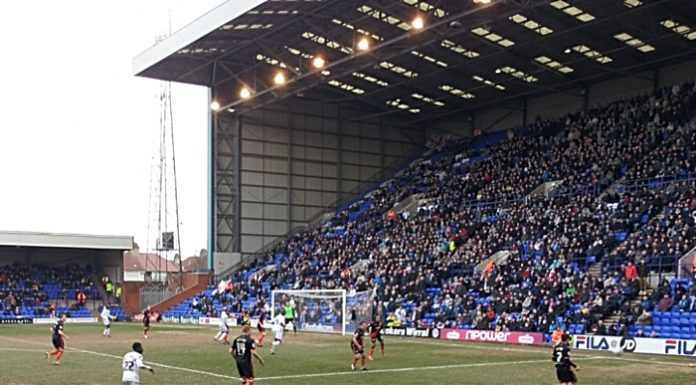 How Liverpool lived within their means to find success

Coronavirus | Non-League games to go ahead as planned

Could Alex Oxlade-Chamberlain be the difference in Liverpool’s title charge?