Liverpool’s number one keeper has revealed to Merseysportlive that he is just two weeks away from a return to first team action for the Premier League champions.

The Brazilian suffered a shoulder injury during a training ground collision at Melwood before Liverpool’s trip to Villa Park just over a fortnight ago.

His replacement, Adrian San Miguel, was less than convincing in the 7-2 defeat to Aston Villa, but Liverpool fans don’t have to wait as long as first feared until the 28-year-old returns to action.

The Brazilian said: “Yes I am feeling in a good way, I am in good shape, I am now two weeks away from the pitch”.

Initial speculation around the shot-stopper’s injury suggested he may be out for up to six weeks.

But manager Jurgen Klopp confirmed in his pre-derby press conference that he is ahead of schedule and making positive progress, but insisted that his return to the team will not be hurried.

“Ali looks very good. We have to see; catching balls and stuff like this is all possible. But we cannot rush it and will not rush it.

“Actually, it’s a common thing every day when I see Ali, I say: ‘How was it today?’ He always with a big smile tells me of the slight improvements.”

The former Roma goalkeeper claimed the Premier League season so far has been ‘crazy’ and stressed that his teammates ‘were not happy with the result’ of Saturday’s 2-2 draw at Goodison Park.

“The players were affected by the result.

“These things [VAR decisions] can happen and we have to deal with it.

“We have to take the lessons from these types of games and we have to try and improve”.

With The Reds travelling to Amsterdam to face Ajax on Wednesday night, even though he won’t be fit to face the Dutch outfit, the return of the Champions League excites the former Premier League Golden Glove winner.

“We have our Champions League back and this is exciting for everybody.”

The Reds will be without the services of Alisson, Virgil Van Dijk and Thiago Alcantara in the Dutch capital. Alisson’s fellow Brazilian, Fabinho, is expected to fill in at centre back in tonight’s Group D clash.

Commenting on his personal life during the ongoing coronavirus pandemic, Alisson admitted it was difficult spending so much time at home during lockdown but was adamant to remain positive and stay focussed on Liverpool.

“It is difficult for everybody at the moment, not just us players. We just have to try and stay healthy.

“Myself and my family are doing really well so far. We had the lockdown which wasn’t easy being at home and not being involved in football.

“I missed doing what I loved to do. I am glad that we are back, playing again and we won the Premier League.

“This was something really amazing for everybody. It is one positive we can take from this time, this big thing [the pandemic] that is happening in the world.

“We have to stay safe. It is still not over, now things are getting a little bit worse.

“We must take care of ourselves, our loved ones and our families.”

Alisson has settled well in the city since his £67m move from Roma.

He insisted he has taken to the Scouse accent really well, but joked he does struggle understanding Scotsman Andy Robertson.

“Scouse, I can understand. In the beginning it wasn’t too easy. Sometimes we do struggle to understand Robbo, he speaks too fast!”

With The Reds having such a successful campaign last season after finally ending their 30-year-long wait for the Premier League title, Alisson was quizzed on what his favourite personal moment of the campaign was.

The Brazil International highlighted one certain game against rivals Manchester United as his standout moment.

Alisson became the first Liverpool goalkeeper to earn an assist since Pepe Reina did so during the 08/09 season.

His assist for Salah ensured the three points for Liverpool and it was at that moment that the majority of Reds fans believed the title was a real possibility.

“Manchester United at home with an assist from myself. I will be a little bit selfish and choose my assist against United.

“This was something amazing, not only the assist but the celebration was nice too.”

Becker could miss as many as three Champions League group games due to his shoulder injury.

Reds’ fans will be praying he is back in time to face the trip to fellow title rivals Manchester City on November 11th. 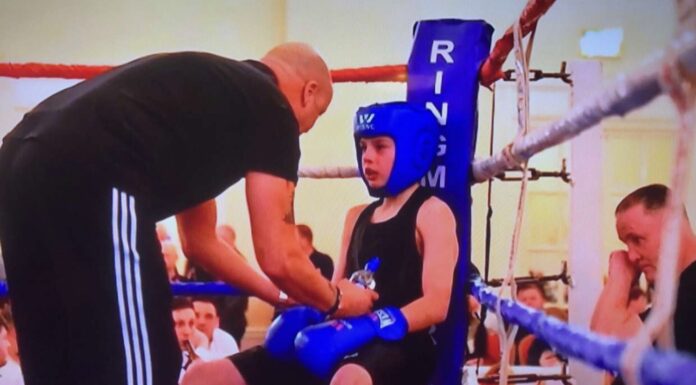 Ron Meadows: ‘I was never someone who aspired to be in Formula 1’

Rampant reds hit Leeds for six to warm up for Wembley