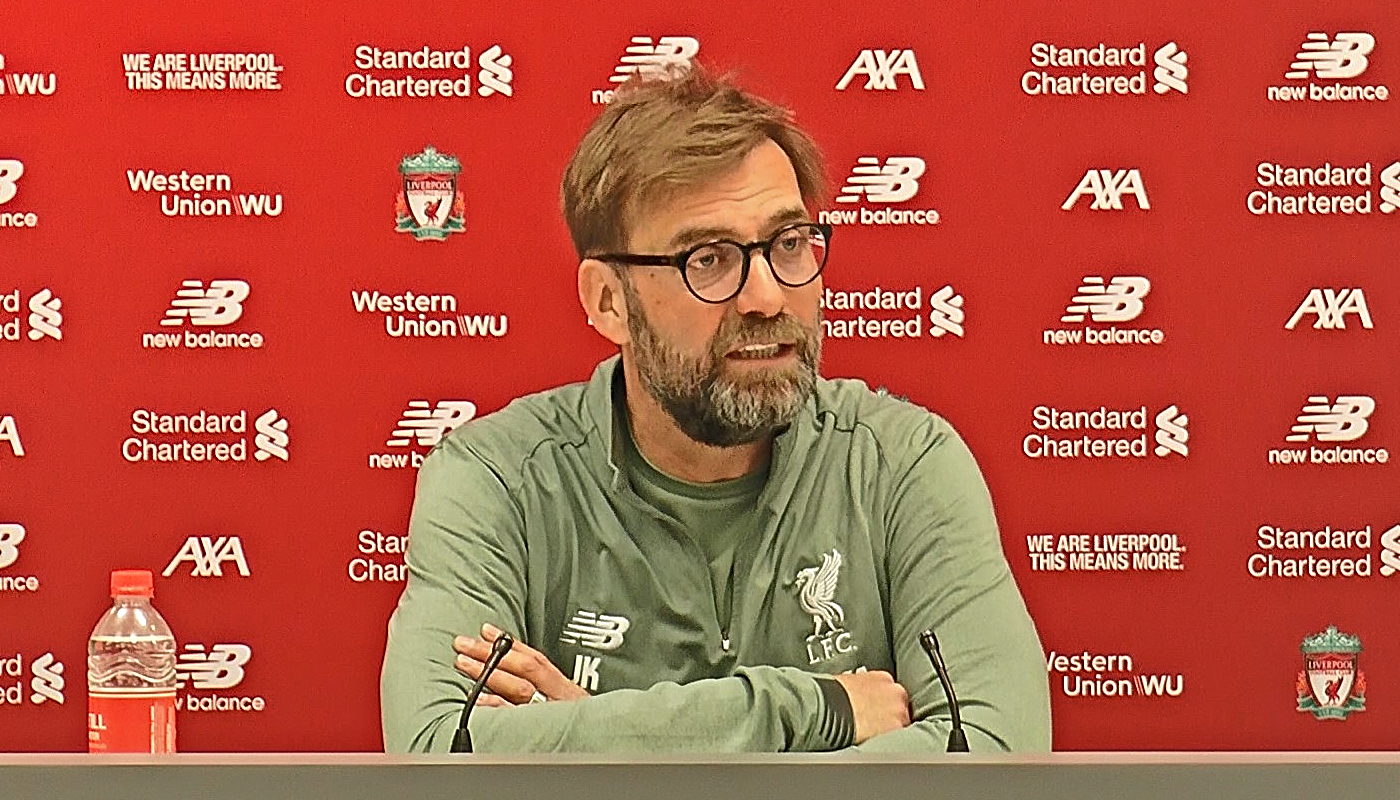 Liverpool resume their Premier League campaign against Leicester at home on Sunday.

A new look defence will be on show at Anfield after Liverpool’s entire defence is out through injury.

Long term injuries to first-choice pairing Virgil Van Dijk and Joe Gomez makes them unavailable for the near future.

The January transfer window could be a time for the club to tackle their current injury crisis. When asked, Klopp said: “We will see. I don’t know what we can do in January, but we will look for solutions.

“When I came to Dortmund, my two centre backs were 19 and turning 20 and we played with them the whole time. We have midfielders who can play the more defensive role. For the moment, we are fine.”

Joel Matip is available for selection and he will likely be partnered by Rhys Williams.

The Liverpool centre back has been unlucky with injuries since coming to the club.

Klopp stated that when Matip was playing for Shalke, he rarely spent time on the side-lines, he’s just been unlucky since coming to Liverpool.

“Since he’s been with us he’s been incredible, just unlucky with injuries. The last injury he had someone cut his tendon on his toe. Now he’s back and hopefully for a long time.”

The Liverpool manager highlighted the importance of having an impressive youth system who play a similar style of football to the first team.

They now have a better opportunity to get some first team action with all of the injuries and absent players.

“The boys who came up so far have done absolutely incredibly. Rhys plays a super game. Curt (Curtis Jones) is maybe the main example. We are blessed with a lot of talent around us. In our situation especially, the door is open.”

Klopp made it clear that no matter how bad the injury situation was at the club, they will always fight with the players he has available.

“Nobody here feels any self pity. Nobody feels sorry for themselves. As long as we can field 11 players, we will fight. We will fight with all we have.”

Jurgen Klopp made it abundantly clear that he is happy with his squad right now and will only look for new players in January if it is necessary.

Where are they now? The last Liverpool team to play Atletico Madrid

Southport one of 16 clubs in petition to boycott the season

Merseyside Non-League round up 7th-8th Feb

Is this the worst possible Liverpool team of the 2010s?