Everton are waiting on late fitness checks to see whether key players such as James Rodriguez, Seamus Coleman, Tom Davies and Robin Olsen will be available for their trip to 19th-placed West Bromwich Albion.

In his pre-match press conference, Carlo Ancelotti also revealed that Everton needed to check on the recovery of Allan after he made his first appearance back after a lengthy spell on the sidelines.

“Rotation will be important to avoid injury and keep all the players motivated,” Ancelotti told press ahead of his side’s second of three games in the week from last Monday’s 1-0 win over Southampton to next Monday’s trip to Chelsea.

“West Bromwich seems, in the last three games, to have a lot of consistency. We are focused there, the Chelsea game will come.”

Everton are facing up against former manager Sam Allardyce for the first time since he was sacked from the club in May 2018. After a shaky start with the Baggies, Allardyce has begun to shore things up at the Hawthorns with his side having kept consecutive clean sheets against Burnley and Brighton in their last two games after a 1-1 draw at home to Manchester United.

Ancelotti said of Allardyce: “I spent some time with him when he was at Blackburn, I was at Chelsea. He’s a good guy, the relationship is good.”

The Toffees go into the match on the back of two consecutive wins against Liverpool and Southampton, and have remarkable form away from home this season. Ancelotti’s side’s last defeat away from Goodison Park was on the first day of November last year.

They will have to try and continue that run, however, without the injured Yerry Mina and long-term absentees Fabian Delph and Jean-Philippe Gbamin.

The Baggies have scored just 20 league goals this season, the third-lowest in the Premier League, and have conceded the most goals (55).

Carlo Ancelotti wants Everton to touch the top four, even for a moment, this year.

🗣️ “It doesn’t matter how long we can be there, but just to see how we feel if we are there." pic.twitter.com/gpJQzPRAuo

A win would take the Toffees up to 4th place in the league, as they play before rivals Liverpool and Chelsea and could also leapfrog West Ham United with the three points.

The match kicks off at 6pm on Thursday evening, live on Sky Sports. 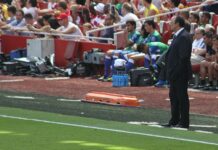 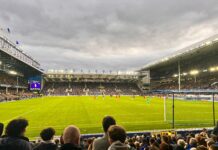