A crowd of 452 showed up to support their teams.

A minutes silence was held before the match for Remembrance Day.

The first half saw minimal action until Paul Shanley put the visitors up 1-0 in the 19th minute.

Linnets forward Jamie Rainford would miss a great opportunity to double the away sides lead but could only steer it wide.

The match started to get heated as Runcorn man Tom Owens would see red for a rough challenge.

Runcorn went into half time with the lead but were up against it being a man down.

Linnets boss Michael Ellison made a tactical substitution at half time taking off Rainford for Harry Cannon-Noren.

The visitors would gain some breathing room when Ryan Gibson put them 2-0 up in the 62nd minute.

After a nervy first 15 minutes to the 2nd half, Ryan Gibson puts us 2 goals clear and sends the travelling Linnets wild. ?? pic.twitter.com/uAU2L5d1et

Prescot would feel a bit aggrieved when the referee only gave Shanley a yellow card for a dangerous challenge.

Cables would get their comeuppance when they had the chance to pull one back from the spot.

James Edgar would send the goalkeeper the wrong way to make it 2-1.

Prescot would bombard the Linnets goal with chance after chance, but they were unable to convert any of them.

The five minutes of added time would not be enough for the hosts as they bowed out of the competition.

Ellison had this to say about his teams performance:

“I thought we were excellent. Absolutely excellent.

“It’s no secret that we were let off the hook by Prescot in the previous game.

“I said to the lads before the game that this was a massive opportunity that we can not let slip away.

“The boys turned up tonight and everyone to a man were excellent.”

Runcorn will now go on to face FC United of Manchester on the 23rd November. 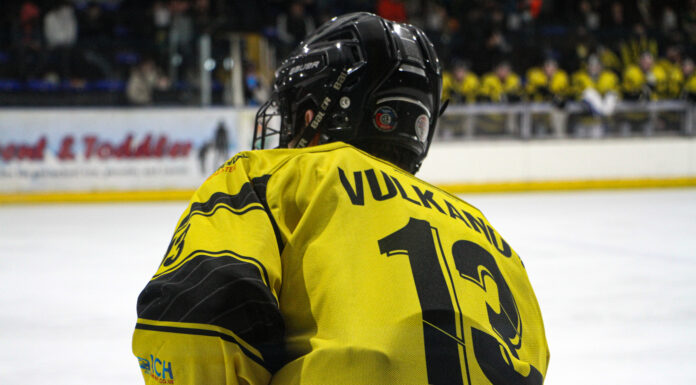